Dictatorships as a model for the defense of democracy 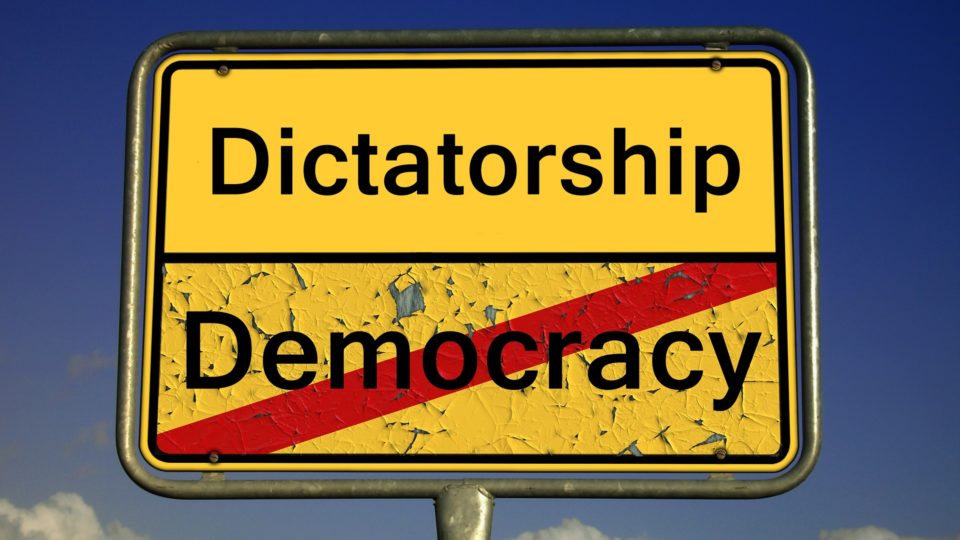 Just two days before the 20th anniversary of the democracy protests in Tiananmen Square, known in Brazil as “Heavenly Peace,” the Chinese regime lowered a rule. Among the various social networks available so far in the country, he has banned Twitter. It was in June 2009 and since then the social network has never been authorized in the country. Always vigilant, the censors of the Chinese regime knew and know that the information which circulates freely is a danger for the stability of the dictatorships. They had their eyes set on other parts of the world and predicted that with urbanization and the rise of an increasingly demanding middle class, the free flow of information – the great firewall, a state filter that controls all online data traffic in the country – won’t be enough to quell a digital insurgency. Digital riots almost always jump out into the real world.

The Chinese knew what they were doing. Just a week after China banned access to Twitter, 5,600 kilometers west of Beijing, another dictatorship is said to be feeling the effects of network freedom. The Ayatollahs have seen an unprecedented wave of protests erupt in the streets of Tehran, originating and coordinated via the internet. More specifically from Twitter.

Born under the oppression of the theocracy founded by Ayatollah Khomeini, young Iranians have taken to the streets to, in addition to denouncing the electoral fraud that gave the radical Mahmoud Ahmadinejad a second term, to say that they wanted reforms. A little freedom. Iran cut off access to Twitter and, like the Chinese, has never allowed free access again. And in addition to silencing online protests, he has brutally cracked down on them in person.

In July of this year, it was the Cubans’ turn to take to the streets to protest. There, the Internet is a luxury item. But not a problem. The precariousness of networks and scarcity, including smartphones, have not been an obstacle to a wave of digital activism that has gained weight with the artistic class, the so-called San Isidro Movement, and has spread. through networks, provoking social mobilizations never seen in the regime’s 60 years. .

The Cuban dictatorship was more subtle. As Cuba cannot lose the pose of eternal victim of a blockade that does not exist, the gerontocrats have ordered the shutdown of the Internet instead of blocking Twitter or other platforms. Revolutionary decision to protect the prison island from foreign interference. Because, as always, the protests had no legitimate origin. These were counterrevolutionary acts coordinated from the United States.

This week, the Cuban regime issued a series of decrees aimed at combating “the dissemination of false news, offensive messages and defamation impacting the prestige of the country.” The new rules define as “cyberterrorism” actions aimed at “subverting the constitutional order, suppressing or seriously destabilizing the functioning of political and mass institutions”.

The July protests resulted in the arrest of human rights activists, artists and journalists who dare to criticize the marvels of the regime. An authentic paradise in the eyes of some.

In practice, the decrees give the Cuban regime new powers to act preventively. With the clear threat of arrest, he solves some of the problems by silencing in advance those who could create any kind of nuisance.

Turkey has also created laws to discipline news on social media. Key points of the legislation, imposed under President Recep Tayyip Erdogan’s club, require Turkish user data to be stored in the country, at a local branch. The rule allows the government to determine user identification, block and remove data online without having to deal with processes involving companies overseas.

Despite criticism from human rights and freedom of expression organizations, social media platforms gave in to the demands on pain of ceasing to operate in Turkey.

In January of this year, a bunch of brainless stormed the Capitol in an unwarranted act and moved by the radicalization of those who felt robbed in the 2020 US election. Trump A huge mistake that had the president’s help who, although he wasn’t the organizer of the act, also didn’t act like someone who should stop him.

After four years of dodging the infuriating campaign to make him America’s greatest villain, within hours Trump has been dishonored by the actions of his most radical base.

One of the sanctions imposed on the then US president was a ban on social media in the name of protecting democracy. What else could this be?

Outside of the government, the former president was silenced and the rest. Cutting off the voice and the channels of direct communication with citizens has been the boldest decision seen in recent years. Prior censorship with the noble objective of avoiding a social catastrophe.

In a pure exercise of extrapolation, we can say that Twitter, for example, banned in China and Iran, has decided to copy the methods of its censors who acted to defend their regimes, to defend democracy.

Are these good examples of dictatorships?

This week, excerpts from a federal police report handed over to the Superior Electoral Court were revealed, which compares disinformation networks in Brazil to those who acted in the United States to support the electoral fraud thesis. According to Folha de S. Paulo, “multiple channels on the Internet seek to eliminate the figure of opinion-forming intermediaries, to disqualify opposing positions and to promote” the attack on traditional vehicles for disseminating information (newspapers, radio, television, etc.) ‘. The objective would be to reach the public in “a direct and horizontal way, removing the distinction between what is information and what is opinion”.

The above excerpt catches the eye. It seems to pave the way for an American-style solution. Banishment. And not just the PF report. The grassroots radicalization of Pocketnaristas and arsonists – like former MP Roberto Jefferson, recently arrested for threats against ministers of the Supreme – could be the Trojan horse Bolsonaro has trained in government.

The queue for those who want to save democracy is long. Even if it kills her to stuff her later.