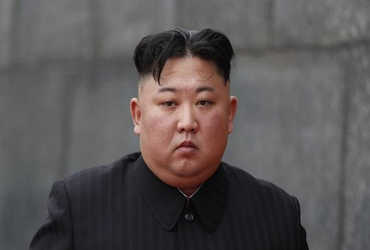 Speculation has resumed about North Korean dictator Kim Jong Un, who is in the news in the city for his cruelty and cynical nature.

A new picture of Kim Jong Un has caught the attention of the people. In this picture, Kim Jong has shown a weight loss of up to 20 kg. After all, even the trademark Mao suit didn’t fit him.

A month ago, the state media expressed concern over Kim Jong Un’s health. Usually, Kim’s health is not discussed in the media, but now there is concern among the people of North Korea about his weight loss.

Earlier, a report on Kim Jong-un by North Korea’s state-run channel quoted a civilian as saying that the people of the country were “broken” by Kim Jong-un’s condition.

Experts say the exercise is aimed at gaining publicity by discussing Kim’s health on state TV. Tyrant Kim Jong-un wants to garner sympathy from around the world and show that the people of North Korea are with him.