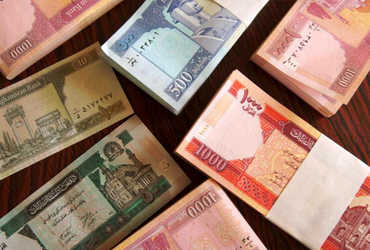 In such a situation, it is going to be a problem for the people of Afghanistan, inflation will also increase. However, the question also arises from where the Taliban will get the money to run the government. Experts believe that the Taliban have other sources of income.

A UN report in June 2021 stated that the Taliban had an annual income of ₹1.6 billion. The Taliban derive their profits from drug trafficking, opium cultivation, kidnapping and illegal sale of mineral resources. Apart from this, the Taliban also have many helpers.

However, now that the country is under occupation, the Taliban can collect taxes from the entire country. The Taliban can also make money by taxing cross-border trade. Apart from this, it will also establish control over banks and other institutions. The Taliban may also tax the massive hawala network in Afghanistan. If the opium trade is legalised, the Taliban could make a lot of money.

The Taliban now controls 704 mining areas in Afghanistan. China is eyeing the rare earth metal here. According to a 2017 report by the Afghan government, the value of minerals mined in the country is estimated at ₹3 trillion. Which the Taliban could sell to other countries and make huge profits. However, the construction of mineral mining facilities would take years. Therefore, the Taliban do not get any immediate benefit from this option.

In addition, the Taliban have received weapons and equipment worth millions of dollars without any effort. You can get money by selling it.