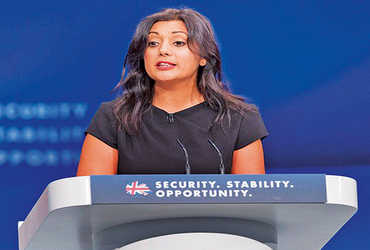 The chief whip of the government denied the allegations

LONDON: Nusrat Ghani, a former British government minister and current female parliamentarian, has alleged in a press interview that she was fired as transport minister in 2020 for being a Muslim. However, the government’s chief whip, Mark Spencer, who briefed lawmakers on the government’s agenda, denied the allegations and said no official complaint had been filed.

The whip was issued at a meeting at the Prime Minister’s Office, where Nusrat Ghani was quoted as saying in a statement to the Sunday Times. It was discussed in the meeting that the colleagues were feeling uncomfortable because they were Muslim women ministers.

Conservative MP from Nusrat Guinea and Minister for Vaccines Nadeem Jahvi tweeted that there is no place for Islamophobia or racism in our Conservative Party. This issue should be investigated and if there is a case of casteism then steps should be taken to end it.

Current Mark Spencer, who called the lawmakers on the government’s agenda, denied the allegations, saying Nusrat Negi had never made an official complaint and that her allegations were defamatory.