Demonstrations against Taliban in various cities of Afghanistan on Independence Day: Many killed in firing 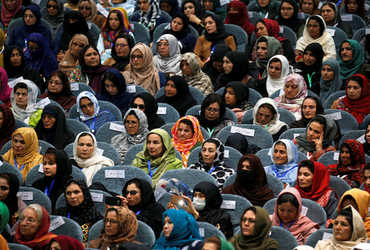 Kabul: Afghanistan is celebrating Independence Day today with the liberation of the common people under Taliban rule. On this occasion, in many cities including the capital Kabul, people took the flag of Afghanistan and demonstrated against the Taliban. People also protested near Rashtrapati Bhavan in Kabul. It included men and women. Panicked by protests in other parts of the country, the Taliban opened fire on the crowd. Many lives were lost and many were injured.

In Kabul, women and men took to the streets carrying Afghan flags in black, green and red. Several people died during a rally in Asadabad, the capital of Kunar province. It is not yet known what he will do after leaving office.

“We decided not to attend the rally out of fear, but we also left after seeing the neighbors,” said an eyewitness. People also took to the streets in the cities of Jalalabad and Pakhtia province against the Taliban. People hoisted the tricolor and hoisted the Taliban flag in Jalalabad a day before Independence Day. During this, three people died in the firing.

Not only this, the Leader of Opposition, who arrived in the Panjshir Valley of Afghanistan, is discussing armed protests under the banner of the Northern Alliance. The site is a stronghold of Northern Coalition fighters who joined the United States against the Taliban in 2001. It is the only province that has not fallen into the hands of the Taliban.