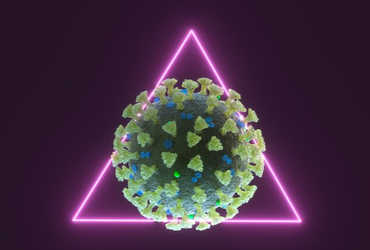 (PTI) New York, Ta. 20
A report by the US Centers for Disease Control and Prevention raised concerns about the Delta variant. According to the US health authority, the delta variant is so contagious that it can spread as quickly as chickenpox. Its infection can happen very quickly.
American expert Dr. “Delta is the deadliest of all corona forms,” ​​said Rochelle Valensky. People receiving the vaccine can also become infected with the delta variant. People generally assume that getting the vaccine reduces their own risk and the risk of infecting others, but the delta version is so dangerous that this notion is disproved.
The first case of the Delta variant was reported in India. Since then, the delta version has been spreading rapidly in the world. The spread is accelerating because the delta variant is the most powerful of all the corona forms.
The delta variant remains a fourth wave threat in many countries. The World Health Organization (WHO) report states that the risk of the delta variant was particularly high in the Middle East. Corona cases suddenly increased in countries like Iran, Iraq, Tunisia, Libya. Since only 4.5 percent of the population in these countries have been vaccinated, there is a risk of a fourth wave.
Dr. Ahmed Al Mandhari of the World Health Organization said the delta versions have been registered in 12 of the six Middle East countries. Most people who get delta variant corona have not been vaccinated. The World Health Organization appealed again for vaccination.