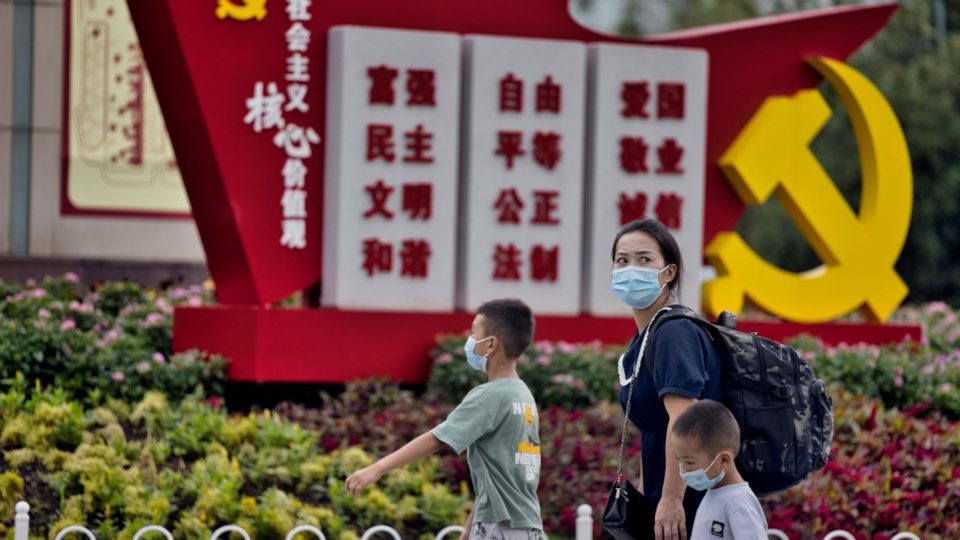 More than 350 cases of Covid-19 have been identified in 27 cities in China over the past ten days, including Wuhan, where the disease emerged in late 2019. Although the official number is low compared to other countries, it is the largest epidemic recorded. in China since the second quarter of last year.

Respiratory disease experts in the country say the increase in infections is linked to the spread of the Delta variant of the novel coronavirus, first identified in India. In response, the Chinese regime has launched mass tests and imposed restrictions in the affected areas.

In most cities, cases are linked to an outbreak in Nanjing, the capital of Jiangsu province, which began around the second week of July among workers cleaning a plane from Russia. As the disease spread, local authorities tested all of the city’s 9.2 million residents and imposed lockdowns on hundreds of thousands of residents. The president of Nanjing International Airport was fired.

In neighboring Yangzhou, according to the South China Morning Post, the government even offered 5,000 yuan (nearly R $ 4,000) as a reward for complaints about people who may have traveled to medium or high risk areas. transmission of Covid -19 and have not yet been contacted by the health authorities.

Over the weekend, cases were reported far away in Zhangjiajie, Hunan Province, a popular tourist destination in China. Health officials believe tourists from Nanjing, who recently visited the city, may have brought the disease there, so they ordered the city to be closed to travelers. The Zhangjiajie Theater is at the heart of investigation and contact tracing. In a single presentation, the hall received two thousand spectators, according to the press.

Government officials and state-owned enterprises living in the capital are barred from visiting the sites of the outbreak, and any Beijing resident in any of these cities will have to undergo a 14-day quarantine before going. come back and be tested negative for Covid 19 before boarding the plane. or by train.

Beijing Communist Party Secretary Cai Qi said Beijing must be “protected at all costs” with the swiftest, most stringent measures and the most decisive actions, the South China Morning Post reported.

Other Chinese cities also impose movement restrictions, such as Zhuzhou City in Hunan, where residents have been ordered to stay at home for a period of three days except for essential workers.

The new outbreak has also raised questions about the effectiveness of Chinese vaccines against the Delta variant, as there were people with immunity among the identified cases. Given the suspicions, the Center for Disease Control and Prevention in China has guaranteed that the doses that have been applied in the country “continue to demonstrate good preventive and protective effects against the variant.”

“The available results suggest that the Delta variant may decrease the protection of vaccines against Covid-19, but current vaccines may still have good preventive and protective effects against the strain,” said Feng Zijian, a Chinese researcher from the CDC to the People’s . daily newspaper.

He also said that the Delta variant is estimated to be nearly twice as transmissible as the original strain, spreads much faster, and is more likely to induce severe symptoms in patients.