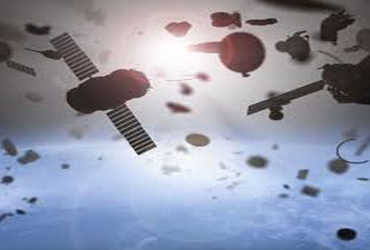 Russia destroyed its own satellite

Russia breaks 1,500 pieces of satellite that could collide with a space station or other satellite

Washington: Now a war-like situation is arising in space as well. Russia’s recent test of an anti-satellite missile angered the United States. Russia destroyed one of its own satellites with this test. Whose debris had spread into space. Which has become a threat to other satellites.

The United States called it a “dangerous and irresponsible missile test”. The United States has said that the test put the lives of astronauts on the International Space Station (ISS) at risk. Significantly, Russia had targeted one of its own satellites. Whose debris had spread his debris in space.

This forced ISS operatives to hide in their capsules. According to US State Department spokesman Ned Price, Russia tested an anti-satellite missile on 16 November. Who destroyed one of his own satellites.

Not only this, more than 1500 pieces of it have been scattered in space, which can prove to be dangerous for other satellites and astronauts. And it can harm all countries. There are currently more than 27,000 pieces of satellite debris floating around in space. Which can collide with any other satellite or space station at any time. NASA has also said that it is monitoring these pieces of the satellite.