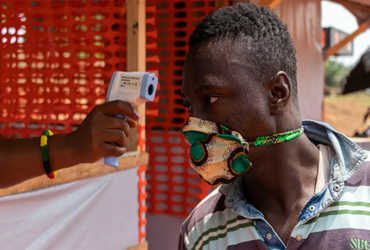 Another dangerous virus has come to the fore in the world where the corona virus crisis is not over yet.

The first case of the deadly Marburg virus has been reported in the West African country of Guinea. That is why there is an atmosphere of panic among the people here. The presence of the virus has also been confirmed by the World Health Organization. It is considered more dangerous than Ebola and Corona.

This virus spreads from animals to humans. On August 2, a person died of Marburg virus in a country called Guinea. According to the World Health Organization, the virus is transmitted by bats and causes up to 88 percent mortality. Marburg virus is also likely to spread. Which means it’s also going to be the most confusing time of the year.

The virus emerged just two months after the official announcement of the end of the Ebola virus outbreak in Guinea. Although the Marburg virus is not so dangerous at the global level. The virus is most commonly associated with rosette-type bats. If a person becomes infected with it, then he can infect other people as well.