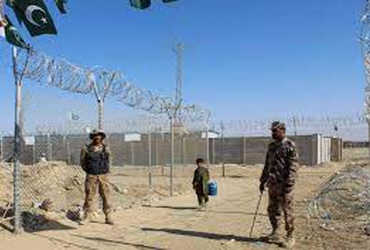 Durand Line is not acceptable to Taliban

This border was drawn by British Colonel Durand in the 1890s between the borders of British India and Afghanistan, hence it is called Durand-Line.

New Delhi: A few days ago, the Taliban strongly opposed Pakistan’s attempt to close its border with Afghanistan and maintain a military post. With this, the dispute between the two countries over the ‘Durand-Line’ has flared up again. Pakistan hoped that the issue would be resolved during the Taliban regime. But the Taliban prevented the construction of a ‘fence’ and a military post in Pakistan. Meanwhile, the Taliban has formed a joint friendship-level committee to resolve the issue.

A Tolo news agency reported that a “joint committee” was formed at a Taliban cabinet meeting, chaired by the Taliban’s second deputy prime minister, Abdul Salam Hanafi. Its task was to ‘solve’ the problem of the Durand Line and to find solutions to future security problems.

It has also been found that the crop to find a solution to this problem. National Security Advisor (NSA) Moeed Yusuf visited Kabul but did not come up with a concrete solution. Conversely, soon after Yusuf returned to Islamabad, the Taliban began to stir up controversy.

Actually, this ‘line’ was drawn by British Colonel Durand in the 150s between the then British-India and Afghanistan, hence it is called Durand-Line. This line has been accepted between the two countries for decades. It was acceptable even after the creation of Pakistan but it is not acceptable to the Taliban.