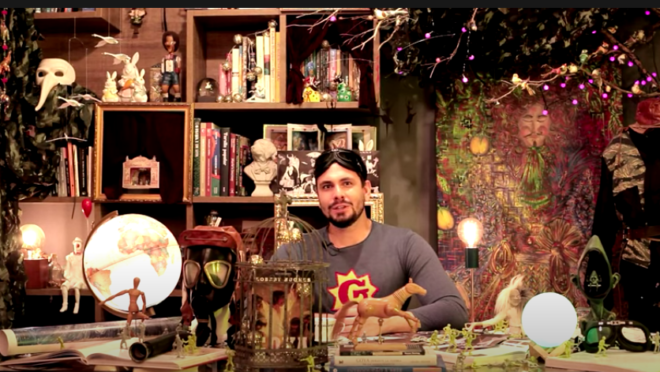 Gustavo Krelling in one of the episodes of the webseries O Fantástico Ateliê do Gu. | Photo: Reproduction / YouTube

Visual artist, costume designer, journalist and one of the creators of the Tutu Sapatilhas brand, Gustavo Krelling, a native of Santa Catarina based in Curitiba, recently showed a new side: that of an actor. He is the one who stars in the web series “O Fantástico Ateliê do Gu”, which has just received six nominations for the Rio WebFest prize, considered the Internet “Oscar” in Brazil.

Directed by Jorge Farjalla, the series competes in the categories screenplay, direction, artistic direction, educational series, Brazilian webseries and popular vote. The duo conceived and put the idea to run – with a small team – during the coronavirus pandemic, so that the theme of museums and art history could reach people during times of restricted activities.

Democratizing art on a free platform like YouTube was one of the motivations of the duo, which, in the episodes, tells the story of great names in the history of art and curiosities about works of art, in more to explain artistic movements, like the impressionist.

The series can be watched for free via YouTube. The popular vote for the RioWebFest awards is open until November 25, when the event opens.