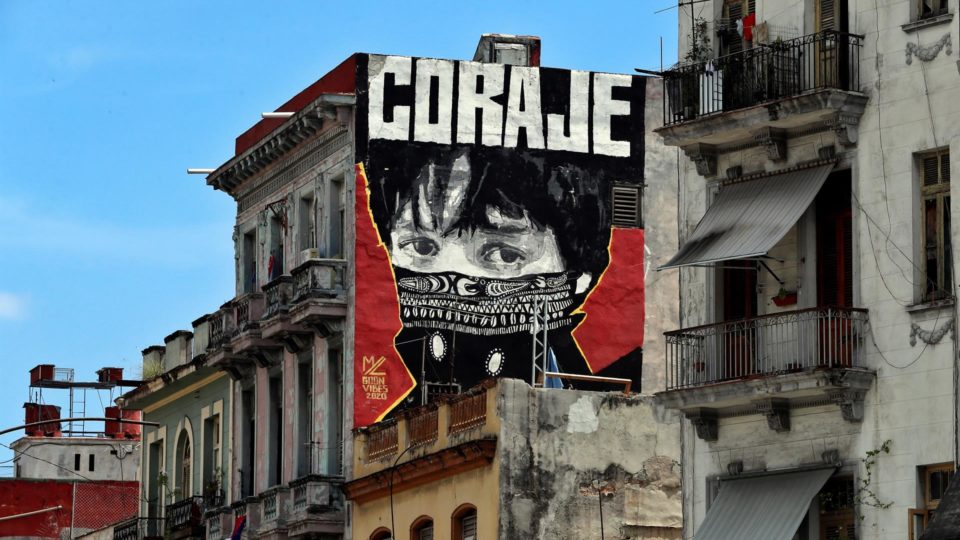 Graffiti on construction in Havana, capital of Cuba, on July 20. Cuban demonstrators are tried without due process, denounces NGO | Photo: EFE / Ernesto Mastrascusa / Gazeta do Povo

Hundreds of protesters detained in Cuba will face trial in “police cases” that violate the right to due process and effective defense, said Prisioners Defenders, a human rights NGO monitoring the situation on the island.

The trials, according to the organization, take place in the form of a “direct attestation”, a summary process in which the police investigation goes through the oral demonstration hearing, without any action or legal process, in a matter of days. , “flagrantly violating the guarantee of due process”.

Cuban law allows the use of “direct attestation” for charges with sentences of less than one year, even if the sum of these sentences results in more than one year in prison if convicted.

how is the process

As described by Prisoners Defenders, the entire process, from initiation of investigation to conviction, takes no more than five days. The investigation and prosecution is carried out by the police and there is usually no intervention or formal indictment of the prosecutor in these cases – the prosecution can choose whether or not to participate in the hearing, unlike the prosecution. ordinary business. For this reason, the NGO considers that it is a “police procedure” and not a judicial one.

“It is the police, not the prosecution, who have the reins of the process from start to finish,” they say.

It is also the police who, during a meeting with the judge, set the date for the oral hearing, when the accused appears before a judge. Neither the prosecutor nor the defense attend this meeting to set a date, according to the organization.

Thus, when the defendant is summoned to the hearing, he still does not know what he is accused of and what the evidence against him is. In practice, the lawyer will only have access to the files shortly before the hearing.

There are cases where the defendant does not have time to nominate an advocate, as this is a summary process in which the time between the opening of the investigation and the hearing varies between 48 hours and 96 hours. hours. When this happens, the hearing begins without the accused knowing what he is formally accused of.

According to the NGO, it is “a lightning process, without communication with the interested parties and behind closed doors”, specifies Prisoners Defenders.

“Direct evidence” is often used to judge dissidents on the island. Last year, for example, rapper Denis Solís, a member of the San Isidro Movement, was convicted of contempt of eight months in pre-trial detention in a process that, according to local press, lasted 72 hours, without the presence of a lawyer.

Since the protests began on Sunday, July 11, more than 500 demonstrators have been arrested, including minors, according to surveillance by Cuban activists. In the absence of official information from the regime, activists created an interactive document allowing people to record arrests of family members and acquaintances; the list already has 537 place names across the island.