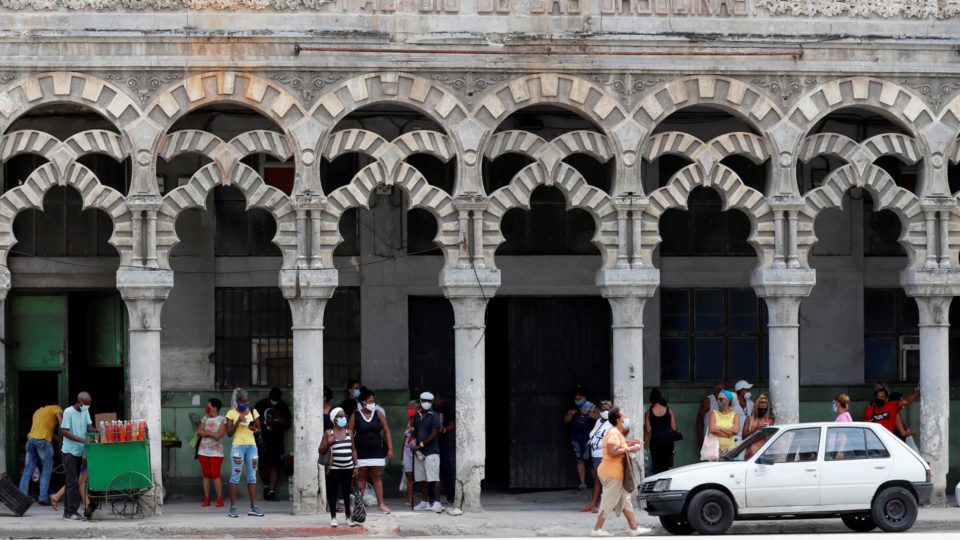 People in front of a market in Havana, Cuba on August 11 | Photo: EFE / Ernesto Mastrascusa

Orlando Gutiérrez, coordinator of the Assembly of the Cuban Resistance, called this Wednesday, in Miami, for a national strike in Cuba following the demonstrations of July 11, considered unprecedented in more than 60 years of Castroism.

“Today marks the first month of the start of the civil revolt for freedom (in Cuba), a national rebellion that shows the world the deep desire of the Cuban people to live under the rule of law,” said Gutiérrez in a video message. In the message, Gutiérrez said he was convinced of the need to move forward towards a “new stage of civic struggle” which would crystallize in “national paralysis” with the “renunciation of all organs of the regime” and the organization of protests and actions that “would make difficult” all the operations of the Cuban dictatorship.

The activist admitted that the road started in July “will not be easy” and referred to the “hundreds of Cubans” who “have paid a very high price” in prison for “a frontal and peaceful struggle against the regime” in the demonstrations. .

The coordinator of the Assembly of the Cuban Resistance, a platform that brings together opposition organizations inside and outside Cuba, used the slogans of “homeland and life” (in reference to the song which has become a hymn of protest in the country): “we want freedom and the end of communism” and “we want the dictatorship to fall.” “These objectives are at the heart of our struggle,” he added in his message to the Cuban people. According to him, the Cuban community in exile, “more united than ever”, has come together “in the strength of this struggle with the brothers of the island”, with all those who demand change , “the large majority”.

The exile commented that the “national status quo” seeks “not to cooperate” with the Cuban regime, “to protest in any way possible and to spread the message of freedom”. “The world looks at Cuba and knows that the Cuban people want freedom,” he said.