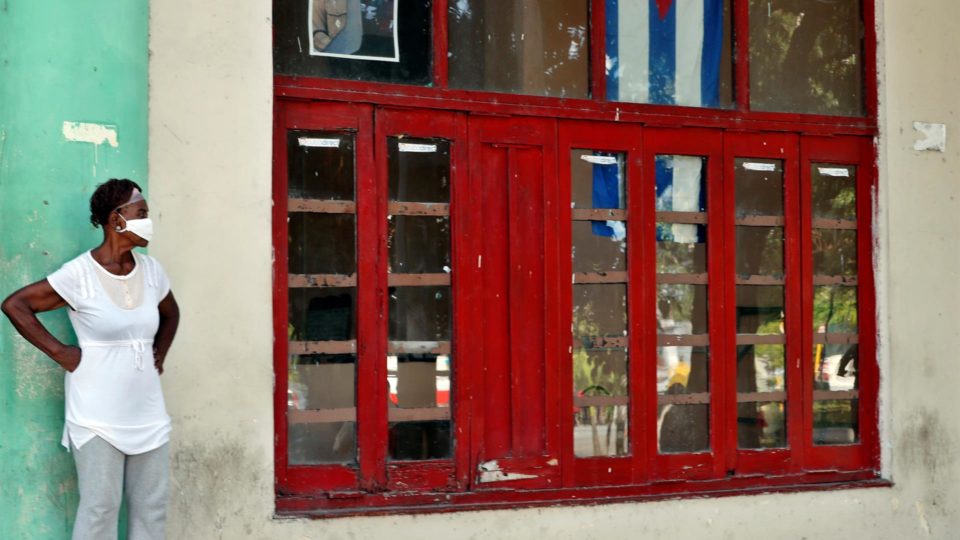 A woman waits outside a market for shopping in Havana on August 17. Cuba records record Covid-19 figures this week | Photo: EFE / Ernesto Mastrascusa

For the second time this week, groups of Cuban doctors denounced the collapse of the health system and denied the statements of Cuban Prime Minister Manuel Marrero, who accused health professionals of “negligence” in their work against the Covid-19 this past week. Demonstrations of this kind of doctors are rare on the island, where the health service is held to be proud of the dictatorship and where critics are silenced.

“The health collapse is not the doctors’ fault,” more than 20 medical professionals said in a video released Saturday in response to Marrero. They also denounced the precarious working conditions they face.

After this first video, the regime responded with messages of support to the doctors. However, some healthcare professionals have reported retaliation in their workplace.

On Wednesday (18), doctors in the province of Holguín demanded respect for their work and complained about the lack of supplies to treat Covid-19 patients as cases skyrocketed in the locality.

“We vehemently denounce the health collapse in the province of Holguin and demand that we be treated with respect and that we have the appropriate means of protection in order to be able to work,” said Reinier Ávila, video specialist in internal medicine.

“The problems are not subjective, they are objective, it is your fault that commands us. Solve these problems so that we can save more lives”, complained Alexander Jesús Figueiredo Izaguirre, internist in Holguín, on his social networks.

Izaguirre also demanded a report with the actual number of people vaccinated against Covid-19, cases and deaths from the disease in recent days. In an interview with the independent newspaper 14ymedio, the doctor says he has denounced since February the mismanagement of the pandemic by the Cuban authorities.

The doctor explained that he had lodged direct complaints with state agencies regarding the precarious conditions of the public health system in isolation centers and hospitals, including the lack of supplies, human resources and “a lot. negligence “. He was therefore called a “counter-revolutionary” and was expelled from the health sector for five years by the authorities, who invalidated his medical license for that period.

In an attempt to contain the anger of the doctors at the situation, the public newspaper Granma congratulated the doctors on Wednesday in a front page article with photos of the professionals. “Thank you to our heroes, doctors, nurses, technicians, support staff, students,” said the official press vehicle of the dictatorship.

Cuba has seen a sharp increase in Covid-19 infections since July. The country had a record number of daily cases of the disease on Tuesday, with 9,772 positive diagnoses confirmed, the highest number recorded since the start of the pandemic.