Cuba tries to ease social pressure with benefits, but there are always arbitrary decrees 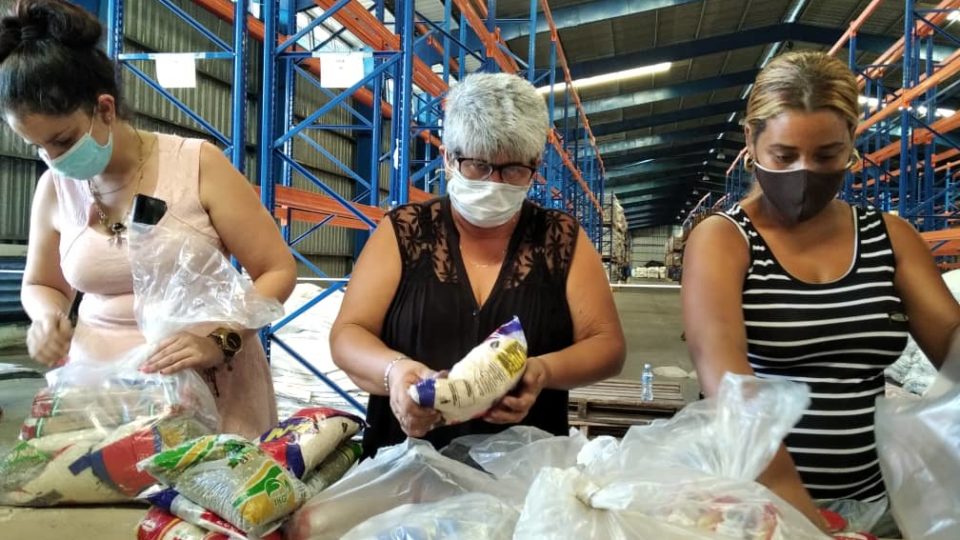 Miguel Díaz-Canel’s dictatorship is trying to ease some of the popular – and also international – pressure with a package of measures that include food donations and easing imports. However, palliative measures are far from solving the island’s problems, both economic and those relating to civil liberties and human rights.

From this Friday (30), the regime will distribute food to the population. According to the Commerce Ministry, more than 3.8 million families will receive products donated by countries that support the regime, such as Mexico, Russia, Nicaragua and Vietnam – which have also donated medicines to the island. .

The minister of the ministry, Betsy Díaz Velázquez, had to clarify that the delivery will be free, because, according to independent journalists, the population feared that the donations were intended to supply the rationed market.

Velázquez also said the scheme will increase the sale of subsidized products in the rationed market. “Increasing the food supply is a priority for the government, the proof is that 3 pounds (1.3 kg) of rice will be delivered monthly per person, guaranteed until December, from the income from sales” in foreign currency, he reported. on Twitter the Ministry of Commerce.

For many Cubans, the diet-subsidized basic food basket is the only option for accessing food. There are markets that sell food and basic necessities in foreign currency, but the prices are high and many cannot afford it, such as in informal markets.

“If the regime wanted to buy time with this distribution of products to promote structural reforms, its action would be correct, but we fear that the necessary 180-degree turn towards the economic freedom that Cuba needs is not part of its plans. Donations will be today’s bread and tomorrow’s hunger, ”said Cuban economist Elías Amor Bravo, exiled in Spain.

Internet and other measures

Another flexibility measure adopted by the Communist dictatorship is the authorization for individuals to import photovoltaic systems. The objective is to increase the share of renewable energies in the energy matrix of the island, which suffers from constant power cuts. In the week following the July 11 protests, the dictatorship also removed fees and quotas for the entry of medicine and food into the country, brought by travelers.

Ectesa, the only company on the island that provides internet and phone services – and is controlled by the government – reported on its social media that from August 1 it will lower the price of texting and browsing in the WiFi zones have been restored. on the island after a multi-day blackout following the July 11 protests. To compensate customers, Ectesa provided 1 GB of internet to use on social media for a month.

However, independent journalists say internet service remains unstable and that opponents of the regime often block their cell phones and landlines in an attempt to censor them.

Despite these actions, Diaz-Canel showed no sign of major reforms underway. Hundreds of demonstrators are still in prison: according to the human rights organization Cubalex, from July 11 to 29, 711 Cubans were arrested or are missing, of which only 164 have been released.

On Thursday, the European Union called on Cuba to release the arbitrarily jailed protesters, activists and journalists. The regime rejected the statement “in the strongest possible terms”.

“He urges the European Union to definitively abandon the duplication of criteria and to make an objective assessment of the real development of events in Cuba, where civil tranquility reigns and where the institutions are functioning normally,” said Emilio Lozada, director general of Bilateral affairs in the ministry. of Cuban Foreign Affairs in a statement. He also said the fact that the EU did not mention the US embargo on the island was “pathetic”.