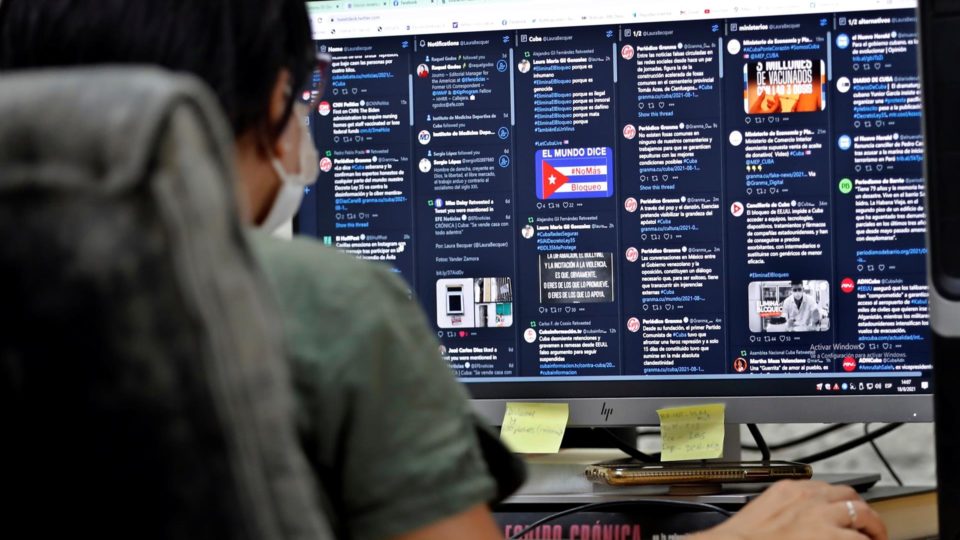 A woman uses a computer to access the Internet in Havana on August 18. Cuba’s new cybersecurity law, which targets subversive content, has sparked protests from those who see it as a “gag law” | Photo: EFE / Ernesto Mastrascusa

The Cuban Foreign Ministry summoned the British Ambassador to Havana, Antony Stokes, on Thursday in protest, accusing him of interference for having denounced the violations of citizens’ rights by the Cuban justice on social networks.

Cuban Foreign Ministry Director General for Bilateral Affairs Emilio Lozada posted on Twitter that, during a meeting with Stokes today, he asked him to “respect the Vienna Convention on Diplomatic Relations which establishes , in Article 41, the obligation not to interfere in the internal affairs of the receiving State “.

The summons was made after a tweet from the British Ambassador. “The harassment, arrests of peaceful protesters, trials without due process and the censorship embodied today in Executive Order 35 silence legitimate voices and violate international conventions,” Stokes wrote.

The ambassador’s tweet was shared around 1,000 times and generated a lot of comments, mostly messages of support from Cubans against the new decree-law, enacted last Tuesday.

This new legal framework pursues potentially subversive content on the Web, which has generated a wave of protests from those who consider it a “gag law” to silence critical voices. The regime has already launched a campaign to defend its legitimacy.

The Cuban foreign minister said that during his meeting with the British ambassador he compared Legislative Decree 35 with UK cybersecurity regulations.

In this regard, according to Lozada, he reminded Stokes that British law “establishes sanctions designed to promote the prevention of cyber activity which undermines the integrity of the country, causes economic loss or affects a significant number of people” .

While waiting to see how the controversial Legislative Decree 35 will be implemented in Cuba, international organizations and institutions such as Human Rights Watch and the United States Department of State have expressed concern.

Cuba’s new cybersecurity regulations come after the July 11 protests against the dictatorship, in which social media played a key role in mobilizing thousands of people who took to the streets across the country to demand freedom and better living conditions, in the midst of a serious economic crisis. and health crisis.

At the start of the protests, the dictatorship took the extreme step of blocking the internet, leaving millions of Cubans without connection for a week.