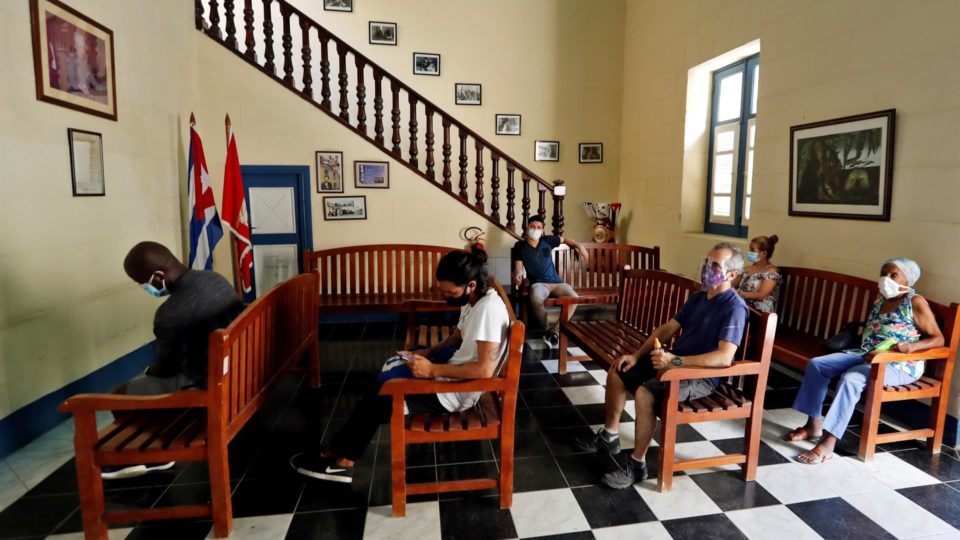 Several people are waiting to be vaccinated against Covid-19, with the Cuban vaccine Abdala, today August 2, 2021, in Havana, Cuba. The country is trying to control the pandemic with its own vaccine. Photo: Ernesto Mastrascusa / Agência EFE

Cuba is going through the worst moment of the pandemic. This Thursday (5), the Caribbean country recorded the highest daily rate of deaths and new cases of Covid-19 among Latin American countries, according to the Our World In Data platform. Cuba had 807 infections per million population that day and seven deaths per million population.

Cuba’s health ministry said on Wednesday that 93 people had died and 8,399 new infections had been identified, bringing the total active cases to 45,632. The daily death toll was recorded the day before: 98.

Havana and Ciego de Avila are the most critical areas. The Communist Party of Cuba itself admits that Ciego de Ávila’s situation is “glaring” and that it clashes with the national context. The dictatorship has recalled to the island some 200 doctors who were on mission in Venezuela, so that they can help deal with the health crisis.

The regime has also turned a hotel in downtown Ciego de Ávila into a pediatric hospital to treat milder cases of Covid-19. A military school and another hotel welcome adults and pregnant women under 25 weeks gestation.

Health Minister José Ángel Portal Miranda said the local situation requires the placement of patients in care centers instead of home isolation to avoid contagion between people who live together. The province will also receive aid from China, such as 400 beds with mattresses.

The opposition denounces the lack of beds in hospitals. Henry Couto Guzmán, an activist of the Patriotic Union of Cuba (Unpacu) in the city of Guantanamo who has been hospitalized since July 30, told Radio Martí that he had to spend two days in the corridors of a hospital in the city due to the lack of beds.

“I did not have a bed and spent two days in the corridors of the hospital. People are dying from lack of oxygen and medicine, I witness it,” said the activist.

Pan American Health Organization (PAHO) Health Emergencies Director Ciro Ugarte attributed the increase in cases on the island to the spread of the Delta variant of Sars-CoV-2 and warned that the situation of the Covid-19 pandemic in Cuba “remains of concern”.

“The situation is complicated in Cuba. This is due to the Delta variant, which has been denounced by the authorities in various parts of the country and there is still a significant amount of sensitive population,” he explained.

He also cited the huge queues to buy food and the exhaustion of the population from health measures as possible complications of the health crisis.

Even in the midst of a health crisis, the Communist Party of Cuba organized a march in support of the Cuban revolution on Thursday (5). According to EFE, hundreds of Cubans participated in the event in the Malecón region of Havana.

In high-risk territories, including the capital Havana, they are conducting a health intervention study with Abdala and Soberana 02, the two most advanced vaccines of the five developed by Cuba.

Cuba claims 92.2% efficacy in clinical trials for Abdala, who already has an emergency use authorization.

Soberana 02, in turn, is still waiting for the same clearance after showing 91.2% efficacy with a two-dose regimen of this formula and an additional dose of Soberana Plus, another of the compounds sought by Cuban scientists.

More than 3 million Cubans have received at least one dose of these formulas in clinical trials and intervention studies conducted alongside health care, according to official data.