Crops in the Taliban-held Spin Boldak. entered the army 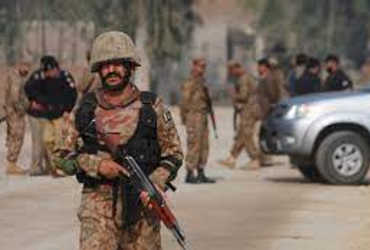 At a time when Taliban attacks are increasing in Afghanistan, the real face of Pakistan has been exposed to the world. Pakistan has so far been playing tricks for peace efforts in Afghanistan by becoming an ally of America and the West. But now he is fighting with the Taliban against the Afghan army.

Pakistan is now trying to establish Taliban rule in Afghanistan. Pakistani forces assisting the Taliban have now crossed the international border into the Taliban-held Spin Boldak area. The Pakistani army has crossed the Durand Line between the two countries and reached Afghan soil. Video is going viral. In the video, Pakistani soldiers are seen with the Taliban. However, the Pakistani Army has not commented on the video.

Ahmed Nader Naderi, chairman of Afghanistan’s Independent Administrative Reform and Civil Service Commission, said the Taliban burned or destroyed more than 50 government buildings and properties in 200 districts. The Spin Boldak border on the Afghan-Pakistan border was captured by Taliban militants 10 days ago. Despite Taliban occupation, Pakistan has refused to close the border.