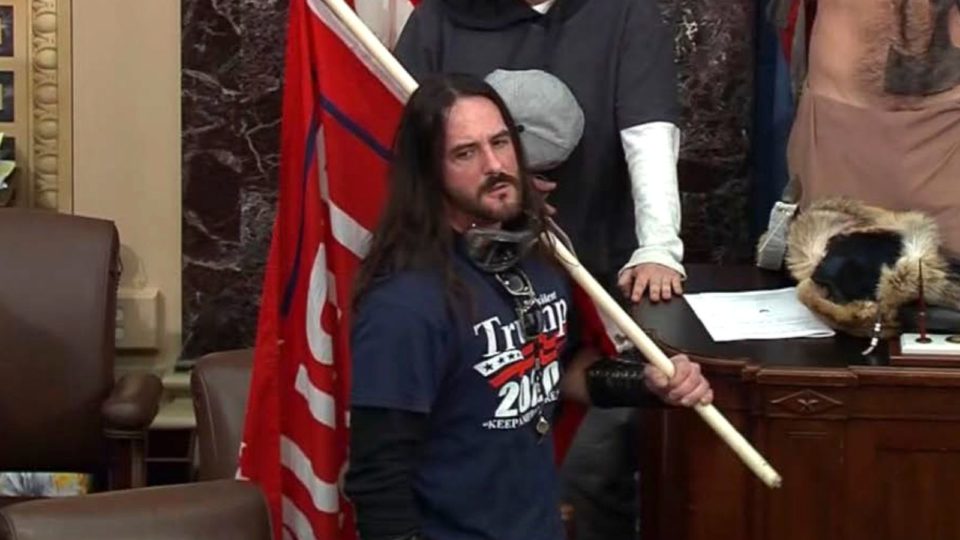 A federal court on Monday handed down the first prison sentence for the January 6 attack on the United States Congress, sentenced to eight months in prison for one of the accused of this fact, who pleaded guilty.

The convict is Paul Allard Hodkings, one of hundreds of supporters of former President Donald Trump who that day stormed Congress in an attempt to block the formal ratification session of the presidential election results of November 2020.

The Ministry of Justice is continuing the investigation and preparing the trial of hundreds of people identified as participating in the act.

Hodgkins, who resides in Florida, entered the Senate in the attack under a Trump flag. During the hearing, he tried to defend himself by claiming that he was carried away by the enthusiasm of the crowd.

“If I had had any idea that the protest was going to escalate the way it did, I would never have ventured” to continue, he said, admitting that entering Capitol Hill was “a decision stupid “on his part.

The accused pleaded guilty to obstructing a formal trial, a crime for which he could have been sentenced to up to 20 years in prison.

With this admission of guilt, prosecutors dropped other charges, including unauthorized entry into a building with restrictions and disorderly conduct.

The prosecution recommended 18 months’ imprisonment, taking into account that the accused had taken responsibility for his actions and, however, had voluntarily participated in the attack.

Federal Judge Randolph Moss, on handing down his sentence, appreciated the regret expressed by Hodkings, but called the events of January 6 “frightening”.

“It was by no means a protest,” added the judge. “It was an attack on democracy. It left a stain that will remain on all of us in the country for years and years,” he said.