Countries including UK, US don’t teach us about Ukraine: Russia 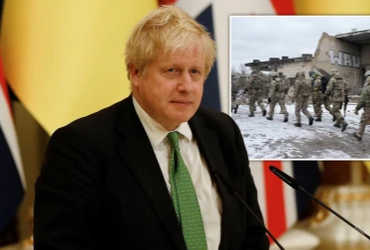 In the midst of the Ukraine-Russia crisis, Britain threatened Russia with dire consequences if it invaded Ukraine. Russia also responded. “Countries including Britain and the United States should stop preaching to us,” he said.
On the one hand, an attempt is being made to avert the crisis between Russia and Ukraine. At the same time, aggressive statements are also coming from Britain-USA and Russia. British Foreign Secretary Liz Trudeau is on a visit to Russia. Meanwhile, he discussed the Ukraine issue with Russian Foreign Minister Sergei Lavrov. During the talks, the British Foreign Secretary threatened the Russian Foreign Minister that “Russian attack on Ukraine would have dire consequences.” In response, the Foreign Minister of Russia also made it clear that Western countries, including Britain, would not advise Russia on the issue of Ukraine. Russia said in a statement that it has no plans to invade Ukraine.
Britain has announced that it will supply anti-ship missiles to Ukraine while the British Foreign Secretary is visiting Russia. Britain has announced that it will send anti-ship missiles to Ukraine to destroy Russian warships stationed in the Baltic Sea. The missiles are part of a recent $1.8 billion defense deal between Britain and Ukraine. Ukraine will have to repay it in 10 years.
Ukraine’s ambassador to Britain, Vadim Pristiko, has called on allies, including Britain, to provide Ukraine with arms and ammunition. It was the ambassador who announced that just as Britain had provided anti-ship missiles, other countries would also help Ukraine and protect it from Russia’s threat.
The Russian-UK foreign ministers met to discuss the Ukraine crisis, but to no avail.