Corona’s new form found in Cyprus, made up of Omicron and Delta DeltaKron 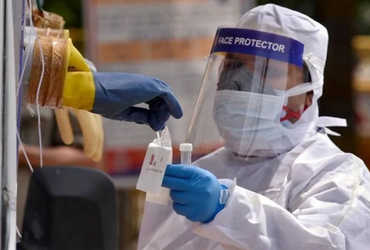 In the past seven days, an average of more than 6 million new infections are being detected in the United States every day.

New forms of corona are emerging, due to which the fear of epidemic is increasing. Now news is coming from Cyprus that there is a new Corona variant of Omicron and Delta.

Omicron has been described as the fastest-spreading corona variant ever, while Delta brought rain to many countries last year. In such a situation, what will be the risk in their mixed new variants, it can only be guessed. According to a news report, a researcher from Cyprus has discovered this new strain which is claimed to be a mixture of Omicron and Delta.

Leonidos Kostriks, professor of biology at the University of Cyprus, named it ‘Deltakron’ because of its omicron-like genetic traits and delta-like genome. So far 25 patients of DeltaCron have been reported in Cyprus. However, it is too early to say how lethal this variant will be and what will be its effect.

“We will find out whether this strain is more pathogenic or more infectious and more effective than the two main strains of the past,” Kostrix said. In an interview with Sigma TV, he said that Omicron is looking more contagious than DeltaCron. The researchers sent the results of their study to GISAD, an international database that monitors infection statistics.

The DeltaCron variant comes at a time when the Omicron variant has emerged as the main reason for the recent increase in the recent cases of COVID-19 across the world. An average of more than 600,000 new infections have been detected in the United States in the past seven days. Johns Hopkins University on Friday reported a 72% increase in cases compared to the previous week. This is the record time of the pandemic.