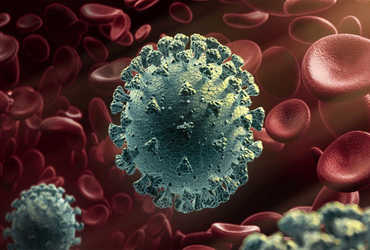 Vienna, November: Lock-down has been announced in Austria from Monday morning (November 8). The reason for this is the rapidly increasing corona outbreak. While announcing the lock down, the government said that it would last for 10 days but if needed it would be extended for another 10 days. The government has also banned people from leaving their homes for any reason other than buying vegetables, groceries or going to the doctor.

However, only 4% of people in Austria have been vaccinated so far, the lowest number in Western Europe.

According to the data received on Friday, 18,304 new cases have been registered in the country. Which is the highest ever recorded figure. Christmas markets, restaurants and most stores are closed in the country. Which will be closed for 10 days. Kindergartens and schools will be open to children whose parents are willing to send them there. Corona is wreaking havoc not only in Europe but in many parts of the world. As a result, the recession has affected businesses, commerce and industry. As a result, with unemployment rising, people in countries such as Germany and France staged mass demonstrations for the lifting of the lockdown. In Sydney, Australia, a group of protesters were seen on TV screens from one end of the highway to the other. In Colombia, South America, there were large-scale demonstrations against the government on one side as well as against the lockdown.

In short, ‘Unemployment’ is a side effect of Corona. In most of the countries of the world, industries are almost closed several times in two years due to Corona. Due to this the business has come to a standstill. Due to which commercial services are also affected. The economic problems of the people are increasing. So even people in less populated countries like Australia, Colombia and Brazil and Argentina are frustrated with such side effects. It is well known that these countries are rich in natural resources but they cannot be utilized due to the lockdown. In this way Corona is still showering her care.