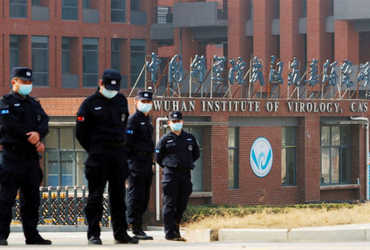 America has once again targeted China for spreading the corona virus. A report has claimed that this virus has been leaked from a research center in China. It said that scientists from the Institute of Virology in Wuhan modified the corona virus in such a way that it could infect humans.

It is also alleged that an attempt was made to hide the change. The report was presented by Republican Representative Mike McCall, a member of the House Foreign Affairs Committee. The report said that the Wuhan Virology Institute was involved in spreading the virus, which also included US experts. It was funded by the US government along with China.

The report has demanded an inquiry into the origin of this deadly virus, which has killed 4.4 million people worldwide. In such a situation, the time has come to dismantle the theory of virus spread from the market of Wuhan. Accordingly, even before 12 September 2019, there is evidence of virus leaking in the lab.

It said in July 2019, an application worth Rs 11.5 million was made for restoration of a two-year-old ‘hazardous’ wastewater treatment system. Earlier, the Wall Street Journal, citing a US intelligence report, claimed that in November 2019, three researchers from the lab were hospitalized with symptoms of Kovid-19. A month later, China officially informed the world about the new respiratory disease.

After the Yunnan miners fell ill, four teams of Chinese virologists took samples from there and found nine viruses that were sent to the Wuhan lab, the report said. One of these was RaTG13 which was 96.2% identical to SARS-CoV-2. There was a distance of only 15 mutations between the corona virus that spread Kovid-19.