Corona has pushed 80 million people into extreme poverty in Asia 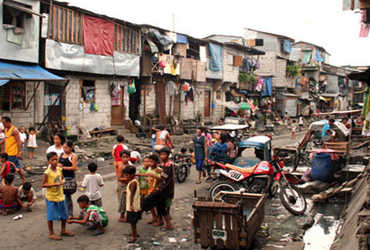 According to a new report by the Asian Development Bank, progress in eradicating hunger and health-education has stalled.

WASHINGTON: The coronavirus pandemic has pushed an estimated 75 to 80 million people into extreme poverty in developing Asian countries. The Key Indicators for Asia and the Pacific 2021 released by the Asian Development Bank (ADB) show that the targets set under the Sustainable Development Goals have been stalled due to the coronavirus pandemic. Progress has stalled in areas such as hunger alleviation, health and education.

Considering that inequality has increased due to the pandemic, extreme poverty has multiplied. Those who live in 1.90 days are considered very poor. According to the report, in 2017, 5.2% of Asia’s population, or 203 million people, were living in extreme poverty. Had it not been for the corona pandemic, this number would have dropped by an estimated 2.6 percent in 2020.

As poor families and workers in the unorganized sector suffered, eight per cent of the man hours were lost. The report said that the role of the digital economy in modern life has increased during the Corona epidemic. Meanwhile, the US government has approved the Pfizer Corona vaccine. Anthony Fauci expects an increase in vaccinations.

He said that the FDA’s decision also allowed Pfizer to announce its corona vaccine. Fuchs hopes the decision will help increase vaccination rates in the US. According to government data, half the population in the US has not yet received the corona vaccine.

The Iranian Health Ministry said that in the last 24 hours, 40,600 new cases of corona have been reported in Iran and 709 people have died. At present, the condition of 7,727 corona patients is critical. A week ago, 50,000 corona cases were reported in a day in Iran.

The number of new cases is increasing due to the delta variant. Only eight percent of people in Iran have received both doses of the coronavirus vaccine. According to health officials, despite the gravity of the situation, less than 40 percent of the population follows the rules of wearing masks and maintaining social distance.