Corona cases increase by 150% in India: WHO 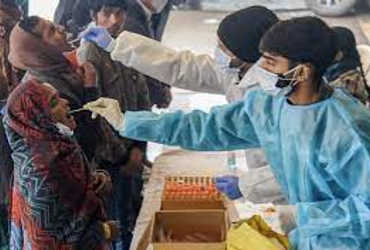 New Delhi,
The World Health Organization (WHO) has said that India is responsible for the increase in corona cases in Southeast Asia. In the last one week alone, there has been an increase of 150 percent in the cases of corona in India.

Hu said that the Omicon variant of Corona has been seen in 171 countries around the world. However, the severity of the patient’s condition and death due to this type of infection is very low. However, the risk of Omicron is very high.

Although Omicron has a low mortality rate, its rapid spread has also led to a significant increase in hospitalization rates. Omicro has put tremendous pressure on most of the world’s health care systems. As a result, people who are not covered by the health system are more likely to die.