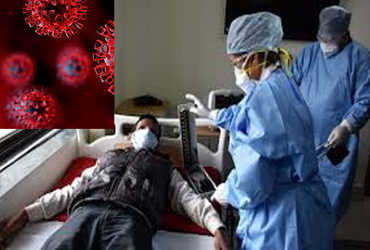 80,000 people were included and studied in the online test

London: Patients with coronary artery disease may have trouble thinking and concentrating, according to a study published in the journal E Clinical Medicine. The findings were based on results from 80,000 people who took part in a series of online tests.

Rational thinking and problem solving have the greatest impact. On analyzing the data, it was found that these effects were more pronounced in those who were forced to be put on mechanical ventilators. “Our study shows that corona has an effect on the brain and brain function,” said researcher Adam Hampshire from Imperial College London, UK.

Further research is needed in this matter. In a test conducted online in early 2020, 81,337 people provided complete data, of whom 12,689 were suspected of having corona. Told him 3,559 times that he had respiratory problems.

200 people were hospitalized for treatment and a quarter of them were put on mechanical ventilation. Those who were put on ventilators had the same effect on their brains as at the age of ten.