Communist Party in China will overthrow Jinping at any time: Garside 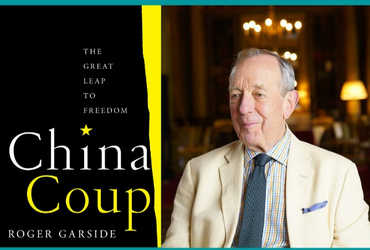 London, DT
The world has a picture of China being ruled by a powerful regime, giving the impression that the dragon is strong. But in reality, China looks strong on the outside, but weak on the inside, says Garside Roger, author of China Cop. They claim that Jinping’s rule in China can be unstable at any time.
Garside, who twice served at the British Embassy in Beijing, says internal forces in China could destabilize the current regime. Garside’s remarks come as Chinese President Xi Jinping seeks to secure his third consecutive term as CPC president at the National Party Congress this year.
Garsa said the current government of President Xi Jinping is spending more of its budget on internal security than on the military. Jinping is afraid of his inner enemies. So they are trying to strengthen themselves internally. The author believes that a group of communist leaders can turn the tide against Chinese leader Xi Jinping and turn China into a democratic political system.
“The political situation in China is seriously bad,” said former ambassador Garsaid. Only transplantation can save the political body and the only other solution is a competitive democratic system. The top leadership of the Communist Party of China (CCP) believes that Jinping is leading China in a “very dangerous and dangerous” direction. CCP leaders, including Premier Li Keqiang, believe that Jinping is risking the future of the CCP as well as his wealth and power. He said six other companies, including Alibaba, have raised billions of dollars in addition to those controlled by the Communist Party. They could use the money to buy politicians and Jinping’s rivals.