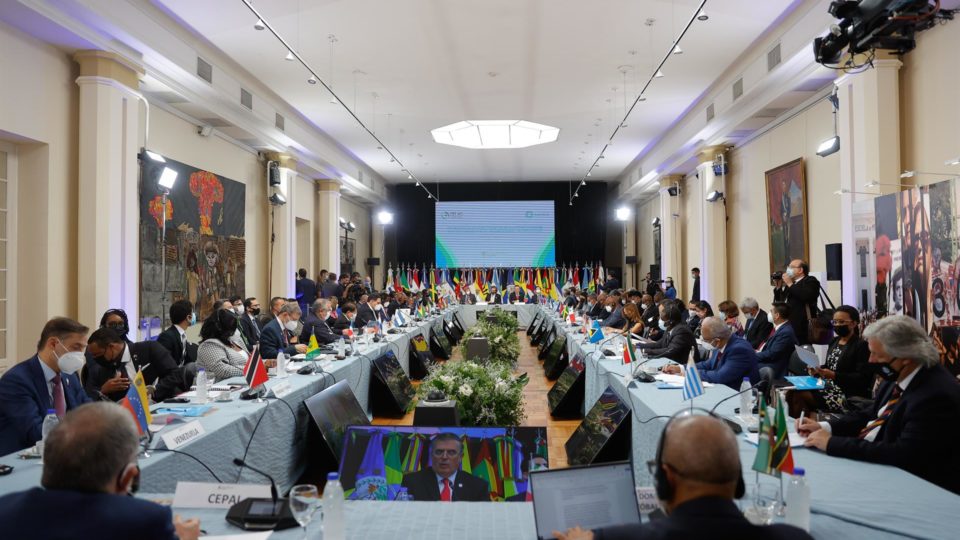 The Deputy Minister of Multilateral Affairs of Colombia, María Carmelina Londoño, criticized this Friday (7) the “opportunistic silences” of the Community of Latin American and Caribbean States (CELAC) on human rights violations in “three countries »members of the organization.

“We cannot have opportunistic silences in front of fundamental values, which were and always will be fundamental everywhere, such as the defense of democracy, freedoms and human rights”, said Londoño, reading the speech of the Colombian Chancellor Marta Lucía Ramírez, inside the 22nd meeting. of Celac’s foreign ministers, which opened this Friday in Buenos Aires.

In the opinion of the Colombian representative, CELAC should act “with coherence” in the defense of these principles and suggested, in a veiled manner, the suspension of the member states which violate the foundations of the regional mechanism, created in 2010.

These statements come in the context of international criticisms of the human rights situation in Cuba, Nicaragua and Venezuela, the three members of CELAC, but which were not mentioned by name by María Carmelina Londoño.

At the same meeting, the foreign ministers of Nicaragua and Venezuela criticized the “coercive” and “unilateral” measures promoted by the American government against these two countries and against Cuba, subject to a “blockade”. by their neighbor to the north.

Likewise, Londoño defended the importance of strengthening relations with the United States and Canada, “two strategic partners” in the region that are part of the Organization of American States (OAS) and not of CELAC.

The Colombian Deputy Minister for Multilateral Affairs also ratified her country’s commitment to the OAS, which she sees as the “center of gravity of an institutional and normative heritage” of all American states.

In this regard, María Carmelina Londoño clearly expressed her rejection of statements that suggest the strengthening of CELAC with the aim of “burying the OAS”, a position which, according to her criteria, would constitute “a big mistake” and a ” big mistake “irresponsibility”.

“The present and future generations of our nations will demand the body of doctrine and defense of human rights and democracy that the OAS has, and they will always live in the same neighborhood as the United States and Canada,” to whom it seems that some in this organization want to turn their backs, ”he said.

At this meeting of the Chancellors of Celac, Argentina reached the necessary consensus to assume the pro tempore presidency of the bloc in 2022.

CELAC brings together more than 30 countries in Latin America and the Caribbean – Brazil abandoned it in 2020, considering that the bloc supports anti-democratic regimes like those in Cuba, Venezuela and Nicaragua – and, according to sources Argentina, seeks to build a space for political, economic, social and cultural exchanges that balance the unity and diversity of the more than 600 million inhabitants of the region.

ViewSonic announces new monitors with miniLED technology, up to 4K and HDMI 2.1 with flat and curved screens

After US exits Afghanistan, countries unite to fight terrorism