Colombia and Venezuela analyze the commercial reopening of their border 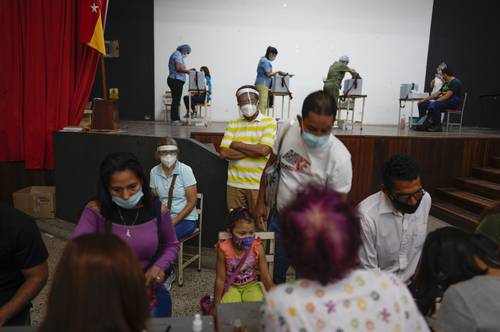 Authorities from Colombia and Venezuela agreed on Friday to open a biosecure school corridor between both countries so that Venezuelan children who study in border towns can go to school, confirmed the protector appointed for the Venezuelan state of Táchira, Freddy Bernal, after the meeting yesterday between Venezuelan and Colombian representatives.

Bernal assured in statements to Venezuelan television that both countries have agreed to create a working group to study the possible commercial reopening of the border.

It is expected that, in the immediate term, some 370 students will cross to Colombia to take the university entrance exams.

Bernal explained in a message on Twitter that three vaccination points will be installed in the towns of Boca de Grita, San Antonio and Ureña to advance immunization and epidemiological surveillance measures that will strengthen the controlled opening of the border.

Colombian and Venezuelan representatives met last Friday for the first time to evaluate the possibility of reopening their borders, unilaterally closed by Caracas since 2015.

On behalf of the Colombian side, the border secretary of the Norte de Santander department, Víctor Bautista, attended the meeting.

Bernal assured in a tweet that it was a first formal meeting between authorities to work on proposals for the progressive and controlled opening of the Colombian-Venezuelan border.

The Venezuelan delegation also met with the spokesmen of the trade and industrial unions of Norte de Santander.

We from Tachira know closely the consequences of the criminal blockade. Together with the various sectors, we will move forward to carry out a progressive and beneficial opening, said Bernal.

In 2015, Maduro ordered the closure of the border with his neighbor Colombia, as well as the passage of migrants between the two nations.