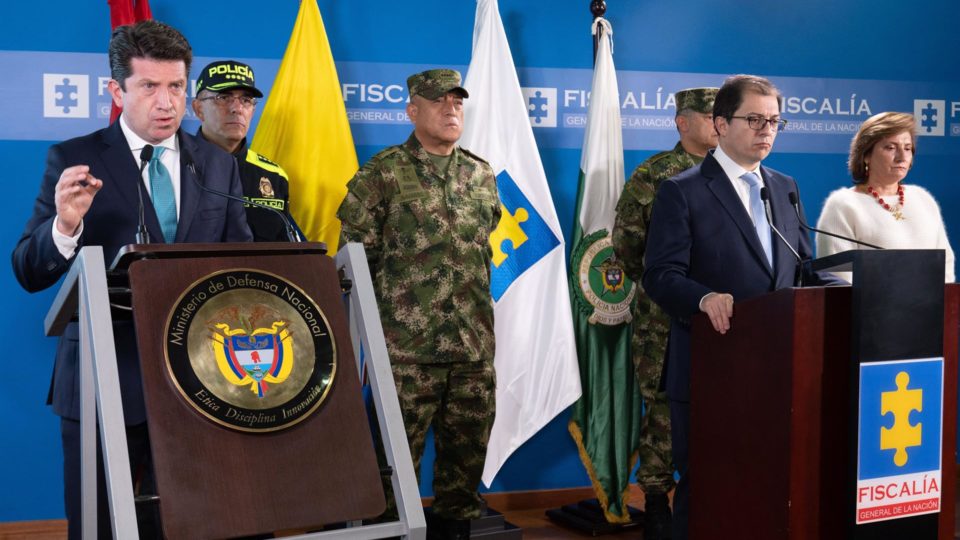 A group of FARC dissidents, with the help of a former Colombian army captain, designed and carried out the June 25 attack on President Iván Duque’s helicopter in the city of Cúcuta and another carried out ten days earlier, with a car bomb, against an army brigade. The former soldier and nine dissident guerrillas were arrested during the two attacks, Colombian authorities said Thursday (22).

Colombian Defense Minister Diego Molano said the case shows how the Venezuelan dictatorship allows guerrillas to operate in its territory.

The Attorney General of Colombia, Francisco Barbosa, said that “the person who developed and executed the criminal plan, Andrés Fernando Medina Rodríguez, is a captain of the national army who obtained a health license a few years ago” .

On June 25, six shots hit the presidential helicopter in which Duque, two ministers and some regional officials were traveling, who are unharmed. At the time of the shooting, the plane was approaching Cúcuta, capital of the state of Santander, on the border with Venezuela.

Ten days earlier, a car bomb had exploded at the headquarters of the Army’s 30th Brigade in Cucuta, where US servicemen were located, and left 36 injured.

Defense Minister Diego Molano explained that “this attack on the president and on the 30th Brigade was planned in Venezuela”, which is why he asked the international community to reflect on how the regime of the Venezuelan dictator Nicolás Maduro continues to “harbor terrorists” who plan attacks against “Colombian institutions”.

Andrés Fernando Medina Rodríguez, whom the Ministry of Public and Defense considers to be the author of the attempted assassination of the president, is a high-ranking soldier and helicopter pilot. He retired in 2016, after 12 years of service, according to the local press, which had already associated the name of the former soldier with the attack for a few days.

The former Colombian military officer is said to have helped a group of FARC dissidents called Frente 33 to design and execute the plan, accused Attorney General Francisco Barbosa, citing “evidence and technical evidence”. Barbosa said the group is led by the guerrillas known as “Jhon Mechas” and is taking refuge in Venezuela.

However, the authorities did not discuss the links that led the former captain to FARC dissidents or the motives for the two attacks.

“As a result of this investigative work, ten people were captured, members of this organization in different parts of the country: in Cúcuta, Zulia and in the village of La Gabarra, in Tibú, Norte de Santander,” said Barbosa. , adding that the detainees have been in pre-trial detention since Wednesday.

The detainees were identified as Joaquín Medina Duarte, also known as “Joaquín”; Andrés Fernando Medina Rodríguez, “El Capi”; and Ciro Alfonso Gutiérrez Ballesteros, “Ciro”; who were charged with the crimes of aggravated terrorism, aggravated attempted murder and aggravated conspiracy to commit a felony for participating in the attack on the brigade.

Yeison Herminio Bernal Rincón, alleged driver of the taxi that took the shooters to the scene of the shooting, and Yeferson Román Gamboa, were also arrested for the attack on Duque, which included the participation of “El Capi”, “Ascanio” and “Miguel”, who is assigned to logistical support.