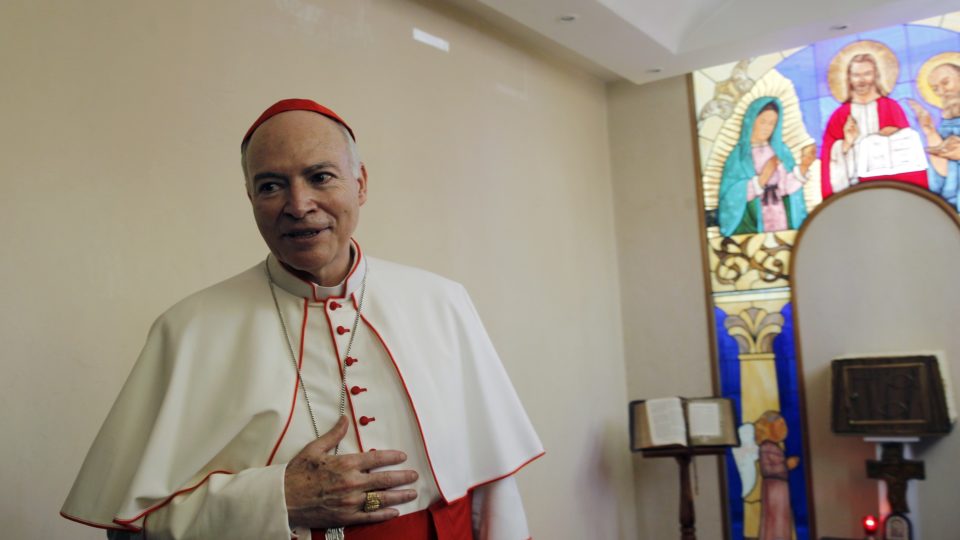 The Primate Archbishop of Mexico, Cardinal Carlos Aguiar Retes, is among those convicted of “violating the constitutional principles of the separation of Church and State” | Photo: EFE / Sashenka Gutiérrez

Two cardinals, a bishop and two priests were convicted this month by Mexican courts for advising against voting for candidates who support abortion and gender ideology, among other recommendations, in elections held in June of this year in the country. On this occasion, governors, members of Congress of the Chamber of Deputies and state legislatures and occupants of municipal offices were elected.

A statement by the Electoral Tribunal of the Judicial Power of the Federation (TEPJF) indicated that the specialized chamber of the tribunal unanimously considered that the Archbishop of Mexico and Primate of Mexico, Cardinal Carlos Aguiar Retes, Archbishop Emeritus of Guadalajara, Cardinal Juan Sandoval Íñiguez, Bishop of Cancún-Chetumal, Monsignor Pedro Pablo Elizondo Cárdenas, and Fathers Mario Ángel Flores Ramos, former rector of the Pontifical University of Mexico (UPM), and Ángel Espinosa de los Monteros Gómez Haro ” transgressed the constitutional principles of Church-State separation and fairness and equality in the election with the broadcast of videos as part of the 2020-2021 federal electoral process, through various profiles and channels on Facebook, Twitter and YouTube ”.

“From the full analysis of the audiovisual documents denounced, the Plenary concluded that the statements issued had an impact on the conduct of the last federal electoral process, since they were issued with the aim of influencing the vote of citizens, this which shows the transgression of the principles of the Constitutions of Church-State separation and equity in the dispute, ”the statement said.

The TEPJF report underlined that there was a lack of respect for the “express constitutional prohibition”, since the ministers of religions, who therefore “have a great influence on those who profess the Catholic faith”, are prevented from comment on electoral disputes, as well as how to proceed. encourage people to vote for or against any political force or candidacy.

The beliefs of Gazeta do Povo: the defense of life from conception

According to the Catholic News Agency (ACI), the process was opened on the basis of accusations presented by deputies of the Morena party, the acronym for the current president of Mexico, Andrés Manuel López Obrador. The legend dropped the complaints, but the court decided to continue the process.

The conviction has been passed on to the Home Office, which must impose whatever penalties it deems appropriate – the penalty can range from a simple reprimand to a fine of 3 million Mexican pesos (approximately US $ 150,000).

According to the ACI, Cardinal Sandoval Íñiguez recommended in June this year not to vote for those “in power”, saying that “either dictatorship will come or freedom will be lost, because it is a communist system. , socialist “. “, In addition to meditating that in the election” the family, the good of the family and of life were also at stake, because this government adopted the ideology of the genre “.

In January of this year, Dom Elizondo Cárdenas said: “The Church says: do not vote for candidates who support abortion, who are against the family, who are against values, who are against marriage such as God described in the Bible, from the first page, male and female, He created them and said to them: ‘Increase and multiply’ ”.

The other cleric defended the vote of candidates who valued the right to life, family, education, religious freedom and democracy and to avoid candidates who would encourage the “culture of death” and “division. “.

Although having contradicted Mexican justice, the two cardinals, the bishop and the two priests followed the recommendation made by the pope of the time Benedict XVI (current pope emeritus) in 2010: “When (…) the fundamental human rights or the salvation of souls requires it, pastors have a serious duty to pass moral judgment, even in political matters ”.