Clashes in Galwan: Chinese troops had to retreat, 38 Chinese soldiers drowned in the darkness of night: OC newspaper blast 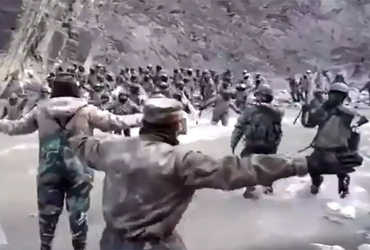 In 2020, a bloody conflict broke out between the Chinese and Indian armies in the Galwan Valley. Since then, China has been scrambling to hide the death figures of its soldiers.

Now, another media report has revealed that China has underestimated the casualties of its soldiers.

According to a report in the Australian newspaper The Collection, 38 Chinese soldiers were drowned in the skirmish in the Galwan Valley, but China said only four were killed. And the page was taken off social media, but digital archives found in China tell a different story.

India and China clashed in June 2020 and for the first time in four decades, blood was shed between the armies of the two countries.

According to the report, China has been patrolling and illegal construction in the buffer zone since April 2020 in violation of the agreement with India. In June 2020, when Chinese soldiers came forward to try to break the bridge, 100 Indians ran Bridge Defense.

Then it was agreed between the two armies that both the countries would withdraw their troops from the buffer zone, although China also violated it.