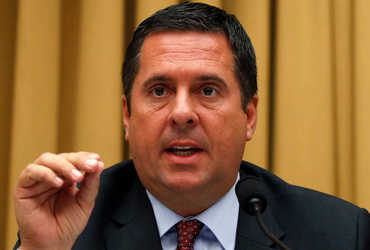 Chinese President Xi Jinping stunned the world last week by visiting the strategically important Tibetan town of Ningchi near Arunachal Pradesh. Last Wednesday, Xi Jinping made his first visit to Tibet after becoming president. Influential US Republican lawmaker Devin Nunes said Jinping’s visit is dangerous for India. At the same time, experts have warned that the world’s largest dam being built by China on the Brahmaputra river could have adverse effects on India and Bangladesh.

Jinping last week held a meeting with top military officials in Lhasa on his first visit to Tibet, including the southern Tibetan city of Ningqi, and asked them to keep troops ready for war at any time. He also reviewed the development plans in Tibet. However, US Congressman David Nunes has described Jinping’s visit as ‘dangerous’ for India. He told Fox News that Chinese dictator Jinping had claimed victory last week by visiting Tibet near the Indian border. I think this is the first time in the last 20 years that a Chinese dictator has visited Tibet. This is a dangerous thing for a nuclear-rich India with a population of over a billion.

China is building a hydroelectric project by building the world’s largest dam on the Yarlung Tsangpo River. This project may lead to water supply crisis in India and Bangladesh. During his visit to Ningqi, Xi Jinping visited the Nyang River Bridge to review the ecological protection in the Brahmaputra river valley. The city of Ningchi in Tibet is very close to the Arunachal Pradesh border. China considers Arunachal Pradesh as part of southern Tibet, but India has always strongly opposed it.

The US lawmaker said the fact is that China is moving forward and President Biden’s administration is allowing it to do what it wants. China has been accused of suppressing cultural and religious freedom in Tibet, but China has denied the allegations. The Tibetan city of Ningqi came into the limelight in June when China started its first bullet train here. The speed of this bullet train is 120 kmph. And it runs on a single line electric line covering a distance of 4.5 km. The high-speed train passes through all 31 provincial cities in mainland China. India’s concern has increased with China’s rapid development of its infrastructure near Arunachal Pradesh.

Not only US lawmakers but experts have also criticized China’s hydroelectric project on the Yarlung Tsengpo River. China’s project will have a detrimental effect on the countries along the river. The Yarlung Tsengpo River flows from Mount Kailash in the southeast to Mansarovar in Tibet. It descends from the South Tibet Valley in the Terai and flows into the Brahmaputra River in Arunachal Pradesh and Assam in India. This river is called Jamuna in Bangladesh.