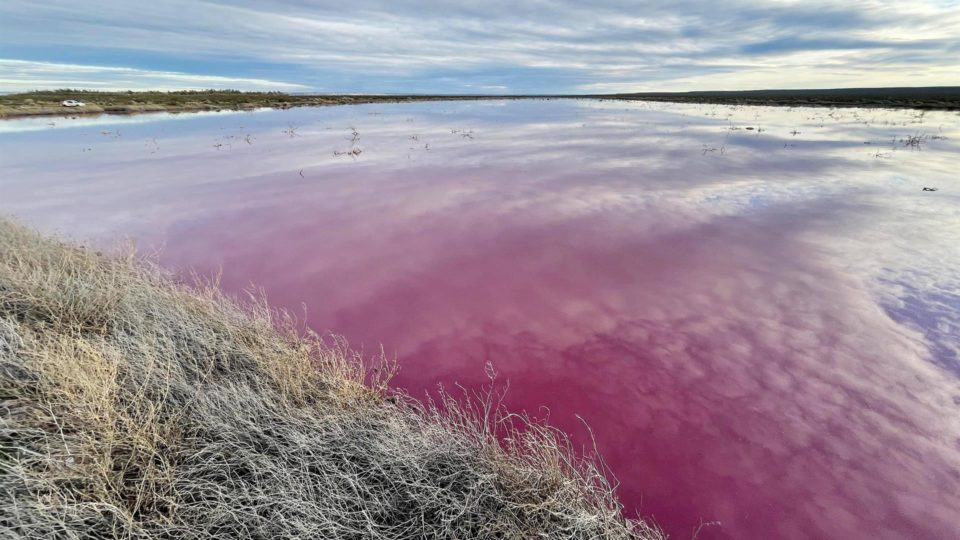 Discover the main novelties of the week, in photos.

A toxic product spill has colored the Corfo lagoon system in the province of Chubut, in southern Argentina, pink. The color is caused by sodium sulfite, an antibacterial product used in the fish industries that must be treated before it is discarded.

Italo Ferreira, from the state of Rio Grande do Norte, became the first Olympic champion in surfing. The Tokyo Olympics marked the beginnings of surfing and skateboarding, the two Brazilians were medalists. Ferreira brought gold to Brazil. Read the UmDois Sports review.

Cuban Americans participate in demonstration of support for demonstrators in Cuba. Meetings like this have taken place in days since thousands of Cubans took to the streets of Cuba on July 11. Cubans protested the lack of freedom and human rights, the economic crisis and the shortage of basic commodities on the island

New satellite images reveal that China is building its second nuclear missile silo complex, the Federation of American Scientists (FAS) reported this week. Researchers believe the site will have around 110 silos for storing nuclear weapons. Read the full article here.

Protests against the “Covid passport” in Europe

After the protests of the French against the implementation of the “passport covid”, it is the turn of the Italians to take to the streets. Europeans are starting to reject the mandatory use of digital evidence that they do not have Covid or that they are already vaccinated in their country. Find out more here.

Inauguration of the new president of Peru

Pedro Castillo took office this Wednesday (28) as president of Peru for the period 2021-2026. The left takes over the government of the Andean country and promises a new constitution. See a brief analysis of the Peruvian political situation after the inauguration of its new president.

China and the Taliban draw closer

Chinese Foreign Minister Wang Yi received on Wednesday (28) a delegation of nine representatives of the Taliban, in the city of Tianjin. China must include Afghanistan in its “Belt and Road” strategy. Read the repercussions of this visit here.

A Tunisian protester sits atop a door outside the parliament building in the capital Tunis, Tunisia, July 26, 2021 | Photo: EFE Agency / Gazeta do Povo

Tunisia has been involved in protests since the start of the year. And on July 25, the President of Tunisia, Kais Saied, took over the government of the country, concentrating all executive and legislative power in his face. Read the analysis of the country’s situation by our columnist Filipe Figueiredo.

Boris Johnson fights with an umbrella

In conclusion, British Prime Minister Boris Johnson gives a laugh as he struggles to open an umbrella alongside Prince Charles.

Have a good week-end!