Chinese billionaire Larry Chen loses 15,15 billion from the list of the world’s richest 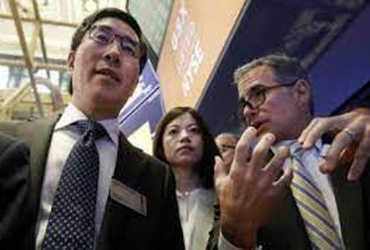 Another billionaire after Jack Ma in China

Larry Chen’s current net worth is ₹ 336 million, but companies that make profit through online study can’t land an IPO

BEIJING: One of the world’s richest men, Larry Chen, is no longer a billionaire because of China’s crackdown on private education. Chen, the founder and chairman of Gaotu Techedu, now has a net worth of ₹ 336 million. The value of his company’s shares on the New York Stock Exchange fell by nearly two-thirds after reports of new regulations coming into force in China.

Last week, China issued new policy rules banning for-profit companies from raising funds through online studies or making public offers. It’s like a tweak to the chain. He has lost more than ₹15 billion since his company collapsed in January.

In this regard, he said that Gotu Takedu will follow the regulation as well as fulfill the social obligations. Chen is not the only one suffering the loss from the new rules. Teng Education Group CEO Zheng Bangshin’s wealth also fell by nearly 2.5 billion to 1.1.4 billion. His company’s shares are down 71 percent on the New York Stock Exchange.

Yu Minhong, president of New Oriental Education and Technology Inc., has also been stripped of his billionaire status. His wealth has declined by 68,685 million. The turnover of online education sector in China is more than 100 billion. The government’s austerity measures in the sector will also hurt some global investors.