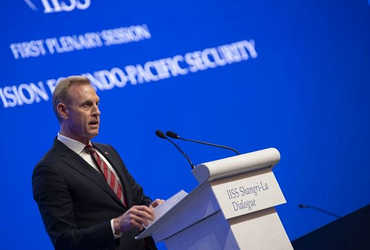 Washington, DT
India is facing serious challenges especially from China at the Line of Actual Control (LAC) given the tension between India and China. External Affairs Minister of India S. Jaishankar also said that the current tense situation along the LAC has arisen due to China’s defiance of a written agreement not to deploy troops along the border. The United States has released Biden’s first report on the strategically important Indo-Pacific region, outlining the vision of strengthening countries’ positions in the region and India’s rise and regional leadership.
The meeting of the foreign ministers of India, the US, Japan and Australia began in Melbourne, Australia on Friday. Jaishankar blamed China for the tense situation in eastern Ladakh. Speaking at a joint press conference with Australian Foreign Minister Maris Payne, Jaishankar said the issue becomes a matter of concern to the international community when a major country neglects its written commitments.
Referring to the discussion on India-China relations in the Quad meeting, Jaishankar said the current situation on the LAC is due to China’s defiance of a written agreement not to deploy a large number of troops along the border with India in 2020. Hence India-China relations were discussed in the Quad Group meeting, as developments between the two countries are of particular interest especially for the Indo-Pacific region. India-China relations can also have an impact on the countries of the region.
The border dispute between India and China escalated in eastern Ladakh on May 9, 2020, following violent clashes in the Pangong Lake area, leading to tensions between the two countries. Both sides have gradually bombarded the border with thousands of heavy weapons.
Meanwhile, at a White House briefing, a senior Biden official, speaking on condition of anonymity, said India faces significant challenges. India is in a very different place than Australia and other countries in many ways. Hence India is facing many serious challenges.
China’s behavior along the Line of Actual Control (LAC) has had a tremendous impact on India. From our perspective we see tremendous opportunities to work with other democracies. The US official said that the importance and challenges of strengthening the alliance with India have been greatly appreciated. India is an important strategic partner for the United States. Announcing the report on the Indo-Pacific region, the White House said the US and India will continue to build a strategic partnership to work with regional groups to enhance stability in South Asia. Both the countries will also cooperate in areas like health, space and cyber space. Both countries will further strengthen economic and technical cooperation.