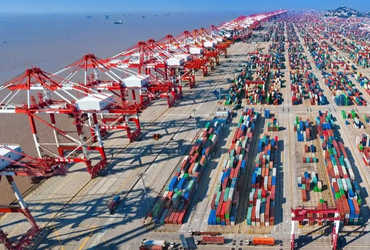 China has been plotting to create some problems for India by creating a tense situation along the eastern Ladakh border for more than a year now. After withdrawing from the eastern Ladakh border, China has now imposed an undeclared ‘ban’ on the entry of Indian sailors trying to compete with India on the economic front. China has stopped ships from any country in the world where Indian seafarers are working at Chinese ports. The All India Seafarers and General Workers Union has claimed that thousands of Indian seafarers have lost their jobs across the world due to the Chinese conspiracy.

The All India Seafarers and General Workers Union has filed a complaint with the Minister of Ports, Shipping and Maritime Waterways Sarbananda Sonowal. The union, in a letter to the Union minister, said that such a ban by China would directly or indirectly endanger the jobs of more than 21,000 Indian seafarers from tomorrow. The organization’s president Abhijit Sangle said, “This is another step by China.” China wants to stop Indian sea workers from working on ships of several companies around the world so that it can promote its sailors.

“We have written a letter to Union Minister Sarbananda Sonowal in this regard,” he said. The matter has also been given to the Shipping DG and the Ministry of External Affairs. We have requested various ministries to take this matter seriously. Abhijit Sangle said that he has written a separate letter to External Affairs Minister Subramaniam Jaishankar requesting him to take immediate action in this regard. Earlier this year, China barred foreign ships carrying Indians from entering Chinese ports. As a result, about 20 Indian teams were stuck in China for a few days.

Captain Sanjay Parashan, a member of the National Shipping Board, said that China is now imposing its conditions on foreign ships. According to him, China has asked foreign shipping companies to transport goods from Chinese ports or enter China’s maritime borders if they comply with their conditions. The conditions imposed by China on foreign shipping companies say that if they want to enter China’s maritime borders, they will have to stop hiring Indians on their ships.

Rakesh Coelho, president of the Indian branch of a British shipping company, said China’s ban on Indian employees began in March. He said that the Corona variant is believed to be the reason behind this in India, but now the delta variant is being seen in all countries. So China’s argument makes no sense. He said Indian sailors are considered the best in the world, but the US, UK and Western European countries have stopped hiring Indian sailors after China’s move. In their place, they are now recruiting citizens of the Philippines, Vietnam and China. Indian sailors dominate the ship industry. Over the years, 2.5 lakh seafarers from India are employed annually in shipping companies around the world, of which 2.1 lakh sailors were stationed on foreign ships.