China’s economic slowdown: Employees in trouble due to salary cut and bonus withholding 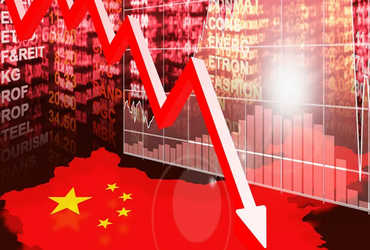 BEIJING: China may be incurring losses from neighboring and far-flung African countries, but the reality is that its own economic condition has deteriorated. It has cut the salaries of its employees by about 3%. Their teachers and employees have also been asked not to take bonus. According to the Hong Kong Post, local governments in Henan, Jiangxi and Guangdong provinces have deducted 50,000 yuan from each payment to employees in the first three months of 2021.

Along with this, the central government has said that all bonuses are suspended indefinitely. The Hong Kong Post further said that bonuses for civil servants in Shanghai, Henan, Shandong, Chongqing, Hubei and Guangdong have been suspended. In the eastern province of Jiangxi, in June 2021, the Nanchang Water Resources Bureau ordered its employees to pay bonuses within 10 days. Dexting also ordered bonuses to be paid to city officials and teachers, but this did not happen.

At the same time, the salary of Chinese government employees has also been cut. The economic condition of the local governments in the country has also deteriorated. This situation has started especially after the first six months of 2020. Except for Shanghai, all provinces reported a decline in fiscal revenue. At the same time, it is clear that he has spent more than his income.

Official figures from China also show that the deficit for provincial governments increased by 20% to 2.2 trillion yuan (spending) in the first six months of 2020. Henan Jiuan and Yunnan said the survey showed a total revenue loss of more than 20 billion yuan. As a result, the position of the central government of China has become worrisome.

China’s non-financial sector debt has reached a record high of 5% of its GDP by 2020. It improved slightly to 20% in 2021. But it is likely to have a serious impact on the development of the country.