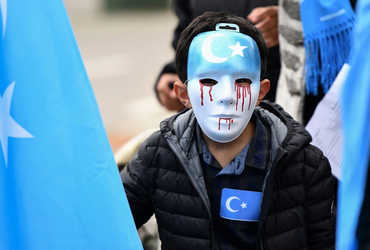 The world has known for a long time that Uighur Muslims are being persecuted in China, but a social activist has captured China’s atrocities on Uighur Muslims on camera.

According to the report of a British newspaper, Chinese philanthropist Guan Guan arrived in China’s Zhejiang province as a tourist. He put a hidden camera in his bag. Has been doing.

The activist knew that if I was caught, I would be severely punished by the Chinese Communist government for trying to expose his actions.

However, Guan Guan bravely captured video of the camp after two years in the area. He traveled to eight cities and learned of 18 camps, one of which is spread over 1000 yards. Some of the camps are on the map but not the camps. All the barbed wire fences, guard towers, police posts, army barracks and high walls were recorded on camera.

Guan took the help of satellite images to find out where the camp was.