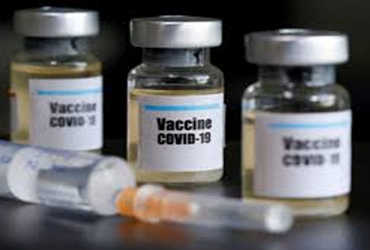 Who gave 489 crore doses of corona vaccine to India?

Beijing: Chinese President Xi Jinping has promised to supply 200 million doses of Chinese corona vaccine to the world by the end of this year. China wants to become the largest exporter of corona vaccine in the world.

Xi Jinping’s message was delivered at the International Forum on Vaccine Cooperation on Corona, a virtual event held in China. China has exported or donated 770 million doses since September last year. Most of the Chinese corona vaccine doses have been exported under bilateral deals.

On one hand, developed countries are preparing to give their citizens the third booster dose, while on the other hand citizens of poor countries are also competing to take the first dose of corona vaccine. In the forum, World Health Organization (WHO) Director-General Tedros Ghebreyesus said that 4 billion corona vaccines have been administered worldwide. More than 75 percent of these doses are given in only ten countries.

At the same time, the World Health Organization said that 500 million doses of corona vaccine have been given in Southeast Asian countries, in which India has received the maximum 489 million doses. Meanwhile, CNN has fired three employees for violating its coronavirus policy.

Researchers from the Institute for Global Health in Barcelona, ​​Spain say that antibodies already present in the body fighting the common cold can also protect against corona. The team of researchers analyzed the study by obtaining 578 blood samples during March and October 2020.