China wants you to be anti-racist during ethnic cleansing 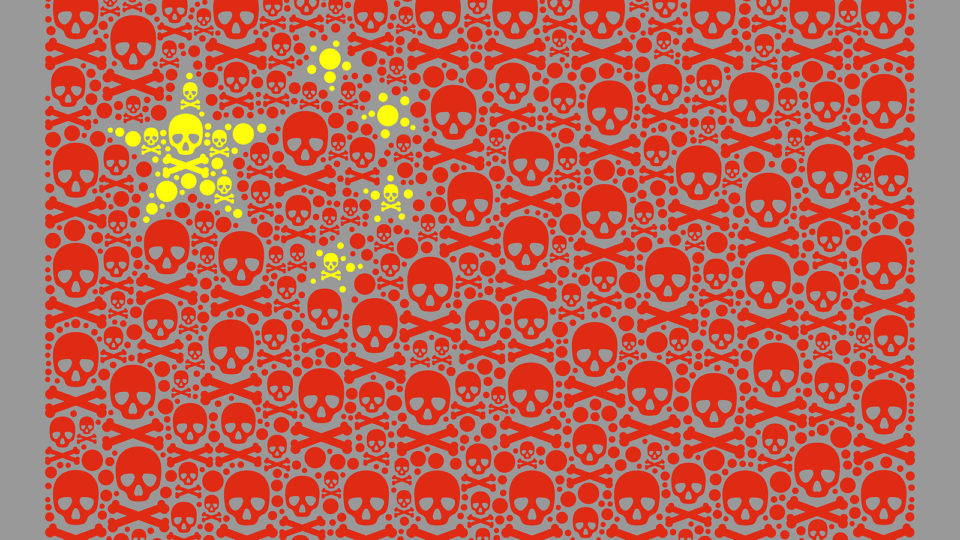 China fully adheres to the cause of “anti-racism” and critical racial theory.

At least China wants the United States on board.

In a video produced by China Global Television Network, a state-owned media company controlled by the Communist Party of China, two narrators talk about “how to teach your children about racism.”

The video of just under five minutes explains, among other things, that “blacks have gained fewer opportunities than others” and that “racism is passed on from generation to generation”.

The whole is an artificial and poorly realized imitation of a lecture by Robin DiAngelo.

One line in the video is particularly hilarious, given the context. A woman who tries to teach racism says, “It can be tempting to keep the news from children, but it’s better to face it.

This comes from a country that has more control over the information of its people and the world than almost any other on Earth.

Here, in the second year of a pandemic that has unleashed around the world as a result of the Chinese regime’s dishonesty, we receive a lecture on how we should face things “head on”.

The video ends with the following lines: “Not being racist just keeps things the way they are now; by being anti-racist, you can help lead our children to a better future.

We can at least learn a few things from this video.

First, it is interesting to see how Communist China appropriates the left-wing racial dogmas of self-proclaimed “anti-racist” Americans and supporters of critical race theory.

The last line of the video can be taken straight from Ibram X. Kendi, a darling of the mainstream left-wing media. There is no doubt that China is deeply concerned about racism in America and is just trying to help make the world a better place, right?

This is the familiar script.

During the Cold War, the Soviet Union was eager to stoke and exploit the racial divide in the United States to cause as much chaos and damage as possible to its Western enemies, even though its record in treating minorities racial, religious and ethnic was intimidating. Maybe it seems less serious in the Soviet Union because the treatment she gave to almost everyone was atrocious.

Of course, China today uses similar tactics. He talks about movements like Black Lives Matter to claim moral equivalence or even superiority over the United States.

This leads to the second conclusion that can be drawn from the video. It is a joke to be taught a lesson in racism and racial tolerance from a country that is ethnically cleansing its people by force. The Communist regime, as is now well documented, is under surveillance for placing Uyghur Muslims in concentration camps.

He is effectively committing genocide by forcing Uyghurs to re-educate themselves and forcibly sterilize women. They are also used for forced labor.

A country that currently uses an ethnic minority as literally enslaved to the cotton harvest while trying to wipe them out of existence wants to teach the United States a lesson in racism.

The Chinese Communist Party wants us to know that by being anti-racist we can be led to a better future while carrying out ruthless ethnic cleansing.

As with all dictatorial totalitarian regimes, the truth in this case means absolutely nothing. Life under the Chinese regime still means living on lies. He wants us to live by these lies too.

If we can assume that the Chinese Communist Party publishes advertisements to promote the good of the party, then it should be noted that it strengthens the ethnic and cultural unity in its own country at the point of a weapon, while promoting with racial awareness and division in the America uses the language of the modern left.

Perhaps this should make us think about China’s fear of a real American force, which involves patriotic assimilation, unity and the concept of e pluribus unum. [lema dos Estados Unidos, que significa: entre muitos, um]. He will certainly not come at gunpoint to this country. It comes from life-giving ideas that Americans more fully embraced not so long ago.

It is the legacy of 1776 and the generation of Americans who made America great.

China would clearly be happy to see this legacy die.

Jarrett Stepman is a contributor to The Daily Signal and co-host of The Right Side of History podcast. He is also the author of “The War on History: The Conspiracy to Rewrite America’s Past”.