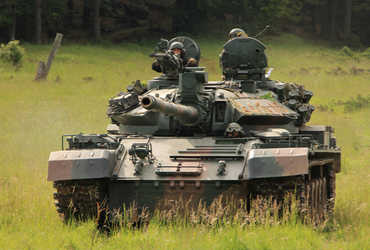 There has been a face-off between Pakistan and its special ally China over the issue of upgrading T-85 tanks.

It is alleged that the Chinese company has provided low quality radiators for the T-85 tank of the Pakistan Army. According to the details, China and Pakistan are special friends and China has invested billions of dollars in Pakistan for many of its ambitious projects.

Initially, the Chinese company supplied 73 radiators, however, heavy industry is dissatisfied with the Taxila radiator and seeks a replacement. While the Chinese company China North Industries Group Corporation has rejected the crop company’s demand, citing the reason that any change in the radiator could affect the power system of the engine.

On the other hand, the Pakistan Army fears that if the radiator does not function properly, the engine may overheat and shut down.

Meanwhile, Pakistan is seeking changes to another agreement with China. There were 220 Al Khalid tanks between the two countries. Which was to be made by the Pakistani company Heavy Industries in Taxila. However, with 110 tanks ready, Pakistan is reluctant to go ahead with the deal and has demanded a more state-of-the-art tank made in China.