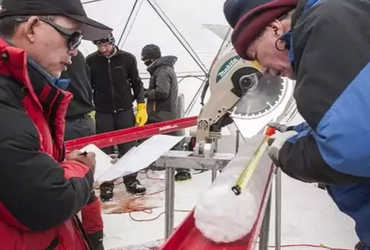 Scientists have found the genetic code of 33 viruses buried under snow in Lhasa, China, the epicenter of the worldwide corona virus. Of these, 28 are viruses that the world has never seen before.

It is said that this virus is 15,000 years old and is still alive due to being under the ice. The genetic code of the virus has led scientists to expect that life would be strengthened on other planets with such environments, such as Mars.

Matthew Sullivan, an American scientist involved in the research, says that this virus has survived even in extremely harsh environments. They have genes that help them, although they are hard to find. Because you have to be very careful when you try to get it out of the snow.

Excavated in a snowy area near Lhasa in Tibet, China, samples were taken and analyzed.

According to Ji Ping Jong, a Chinese scientist involved in the research, glaciers form slowly and dust, gases and viruses also accumulate here. This type of technology could also be used to find life in places like Mars.