China: President Xi Jinping’s idea will be taught in schools, curriculum will be implemented from primary to university level 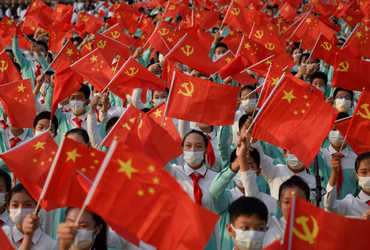 The purpose of the guidelines is to promote the spirit of patriotism among the youth under the new educational material and listen to the party and fulfill its objectives.

China has made major changes to its national curriculum. President Xi Jinping will now be taught everything from primary schools to universities. It will be mandatory for every youth in China to learn Xi Jinping’s views on socialism.

Marxist ideology will be established

China’s education minister said on Tuesday that the inclusion of Xi Jinping’s ideas in the national curriculum would help instill Marxist ideology among the youth. A new guideline has also been issued for this. The education minister said that Xi Jinping’s ideas on socialism will be taught from the primary level to the university in the new era in China’s specialties. He said that the objective of the guidelines is to promote patriotism among the youth under the new education material and to listen to the party and fulfill its objectives.

Since coming to power in 2012, Chinese President Xi Jinping has called for increasing the role of the ruling Communist Party of China in society, industry, culture and schools. Xi Jinping’s thought course on socialism among Chinese culture in the new era was included in the 2018 constitution.