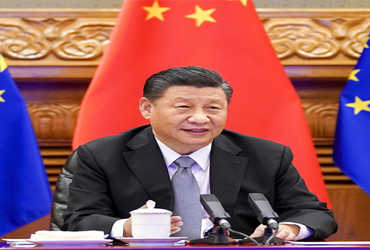 In China, President Xi Jinping has planned to distribute the wealth of the rich to the poor.

Jinping wants to curb illegal earnings as well as increase the wages of employees and expand the middle class. He indicated that the government would create a system for this. Jinping said that it is important to properly control the income of the rich and encourage them to contribute more to society. Although this will increase the burden on the rich, but the government will consider giving them tax relief and other options.

According to a report, the richest 1% of people in China own 31% of the country’s total wealth. This figure was 21% earlier but has increased in two decades. In this too, Corona has affected the small traders and workers the most, due to which the gap between rich and poor is widening.

While the number of billionaires in China has increased by 50 percent since 2019, a challenge for Jinping is that investors have withdrawn 1 trillion rupees from Chinese companies since February. At the same time, the income of the common man in the cities has increased by only one percent. Experts believe that there is a need to increase social spending for development. The Chinese government has stepped up efforts to set up the charity.

The biggest change is likely to come into effect from the imposition of the long-pending property tax.

Property prices in China are very high and this has widened the gap between rich and poor. Jinping has to struggle a lot to control these prices.