China increased its access to the Bay of Bengal via Myanmar, a threat to India 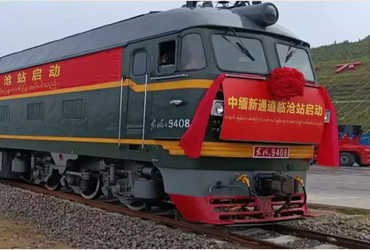 As part of its policy of encircling India, China has now run its first train to the Indian Ocean region under Indian influence.

The train carrying Chinese goods has reached Chengdu, the trading center of western China, from the Myanmar border. With the help of these rail and road routes, China has now reached the Bay of Bengal.

According to Chinese media, the goods were brought to Chengdu port on August 27 via a route known as the China-Myanmar route. In this transport corridor, Chinese goods first reached Yangon port in Myanmar via a cargo ship from Singapore via the Andaman Sea. The goods were then transported by road to the Chinese city of Likang on the Myanmar-China border.

The goods were taken by rail to Chengdu. Thus China is now also connected by road from Singapore to Myanmar. This is the easiest route to connect Southwest China to the Indian Ocean. China says that it is taking 20 to 22 days less to travel on this road.

China wants to build another railway line from another port in Myanmar to its hometown of Yunnan. However, the plan has been delayed due to internal unrest in Myanmar.

China is already working on a plan to connect the Indian Ocean by developing Pakistan’s Gwadar port.

According to experts, China’s access to Myanmar has now reached the Bay of Bengal and is a threat to India. Chinese ships will pass through the Bay of Bengal in the future. Through which he will be able to keep an eye on the Indian islands.