China in no position to intimidate Southeast Asia: Jinping’s lie 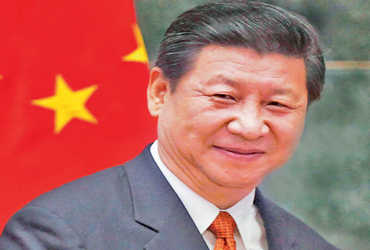 Jinping’s statement at the conference with ASEAN countries

We are committed to peace in the South China Sea and to strengthen relations with neighboring countries: Chinese President

BEIJING: Chinese President Xi Jinping has said in a conference with ASEAN countries that China is not in a position to intimidate Southeast Asia. China wants peaceful and friendly relations with all its neighbours. China seeks all round development by being a loyal ally of all its neighbours. Regionalist China is often at odds with its neighbours. China infiltrating the Indian border continues to inflict pain on Malaysia, Vietnam, the Philippines and Brunei in the South China Sea. Philippine water disputes often surface. In such a situation, the President of China, by making very stupid remarks in the ASEAN conference, lied about China being a very peaceful country.

A conference was held to mark the 30th anniversary of China’s ties with the Southeast Asian Association for Regional Cooperation (ASEAN). In this, Chinese President Jinping addressed the ASEAN countries through video conference. At that time, Jinping said that China does not believe in the politics of power. Wants peace with all neighboring countries. China aims to help ASEAN countries develop their economies.

Jinping said that China has always been and will be an ally of ASEAN countries. These countries are China’s priority and China will maintain good neighbors with its neighbors. China will provide 1.5 billion additional aid to these countries. Jinping also announced that 150 million doses of the vaccine would be donated to an organization in these countries.