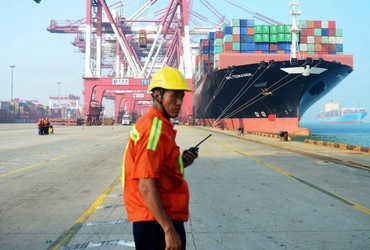 China keeps troubling India. According to reports, China has barred ships from anchoring in places where Indian laborers work at its huge coastal ports. There is also a world of maritime trade and employment. In this regard, an organization named All India Sapphire and General Works has written a letter to the Union Minister in-charge of Maritime Affairs, saying that due to such vicious policy of China, 21,000 Indian workers are on the verge of losing their jobs directly or indirectly. .

China is making Indian workers unemployed to employ their own workers, this is a move by China against which workers need protection. According to the information received, China started banning foreign ships carrying Indian workers earlier this year. That’s why about 50 Indian crew members were stuck in China. The shipping industry has always been dominated by Indian laborers and seafarers. Over 2.5 lakh Indian laborers and sailors work on the ship a year. Out of which 2.1 lakh Indians are on duty in foreign ships. Lulu is defending that China banned foreign ships out of fear of the Delta version, but China pursued this policy even when the Delta version did not exist. China officially takes no action but is known to create backdoor barriers.