China has capacity to arrest over 1 million Uyghurs, survey finds 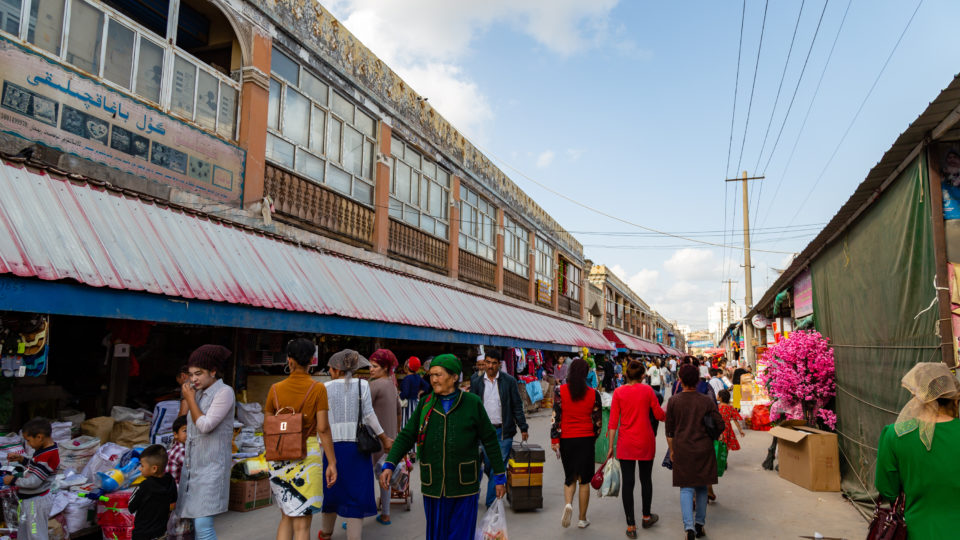 China has an inherent capacity to detain over a million people in Xinjiang at the same time, BuzzFeed News reported after a broad journalistic investigation into detention centers built in the province, where there is a large concentration of Uyghur Muslims. , in recent years, five years.

The report came to this conclusion after analyzing satellite images of more than 347 prison complexes or so-called “re-education centers” that have been built since 2016, when China began its campaign to arrest Uyghurs, who live for most in the northwestern province of the country. Together, these prisons are approximately 19.2 square kilometers.

To calculate the number of inmates these prisons could accommodate, BuzzFeed News analyzed public documents that detail the building standards for these places. Since cells typically hold between 8 and 16 inmates, the report concluded that there is room to hold 1,014,883 people in Xinjiang. This number, however, does not include the more than 100 other prisons and detention centers that were built before 2016 and are likely still in operation.

“That’s enough space to simultaneously detain or incarcerate more than one in 25 Xinjiang residents – a number seven times the criminal detention capacity of the United States, the country with the highest official incarceration rate. raised to the world, ”he said. that the campaign to arrest Uyghurs in Xinjiang in China is the largest ever launched against a religious minority since the Nazi camps during World War II.

It is not known how many people are detained in Xinjiang, but there was an increase in the number of arrests in 2016 and 2017. In 2019, the number of arrests made was over 63,000. There was one. down from previous years, but even so the number is twice as high as at the start of the Uyghur crackdown. According to the report, a new detention complex is currently under construction and four of the existing ones are adding new buildings, allowing the government to put even more people behind bars.

A visit to the Urumqi detention center

Journalists from the Associated Press were recently able to visit one of the detention centers, located in Dabancheg district of Xinjiang, on a guided tour. The complex spans nearly 90 hectares, an area twice the size of the Vatican, and is considered the largest in China – and possibly the world.

The authorities did not say how many people were being held at this temporary detention center. Journalists estimated that at least 10,000 prisoners could be detained, but that the number could be much higher in a situation where it was overcrowded, according to analysis of satellite images of the complex and what they observed during the visit. .

It was one of the regime’s “re-education” centers, the report said, but was later turned into a prison. “The changes appear to be an attempt to move from improvised and extrajudicial ‘training centers’ to a more permanent system of prisons and pre-trial detention centers that would have been supported by law,” said the AP. However, many Uyghurs remained in prison.

Uyghur reports and leaked documents show some were arrested for traveling to a Muslim-majority country like Turkey or for attending religious meetings.

A construction contractor who provided services to the Chinese government told the AP that he was in the detention center in 2018, when the place was called a “training center.” According to him, the name was changed the following year, and the Uyghur “students” became prisoners.

China denies that the arrests are based on religious issues and defends the crackdown on Uyghurs as a war on terror in the country. The Chinese representative who accompanied the PA visit to the Urumqi No. 3 Detention Center, the director of the Urumqi Public Security Department, Zhao Zhongwei, also said there was no relationship between the detention center and the training centers. “There has never been a [centro de treinamento] over here, ”he said, according to the report.

But, in addition to the Chinese automaker’s report, the Reuters news agency took a photo of the same location in 2018 which indicated that the “Urumqi Vocational Training and Education Center” was located there.

During the visit, reporters from The Associated Press, the first international media outlet to gain access to the interior of the penitentiary, saw no signs of torture or beatings at the scene – they were unable to speak directly to no former or current detainee. But Uyghurs who were previously imprisoned there and then managed to flee the country said they were victims or heard reports of torture being practiced there. These reports are difficult to independently verify, and authorities in Xinjiang deny all allegations of abuse.