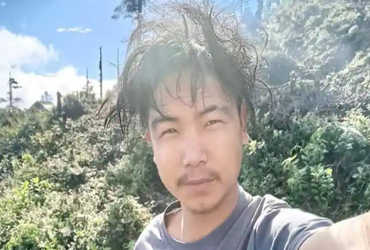 On January 18, the Chinese army captured 19-year-old Miram Taran of Arunachal Pradesh. The youth has now been released after repeated representations from India.
Union Minister Kiren Rijiju said that the missing youth of Arunachal Pradesh has been handed over by the Chinese Army to India. Miram Taran, 16, of Jido village in Siang district of Arunachal Pradesh was arrested by China on January 12. The Indian Army had approached China to search for the missing Indian youth.
After India’s tireless efforts, the Chinese Army has finally handed over the custody of the youth to India. The process of handing over the youth was done at a border place called Vacha Damai. The Union Minister tweeted that while handing over the youth, the medical of both the parties has been done.
Earlier, the Indian Army had talked to a youth from Arunachal Pradesh on the hotline. The Chinese considered and talked. At that time the Chinese army had offered to extradite the young man. After the youth went missing on January 15, India had introduced China on January 16. On 20 January, China told Indian military officials that an unidentified youth had been sighted within its borders. India then began the process of identification and made efforts to bring back the youth.